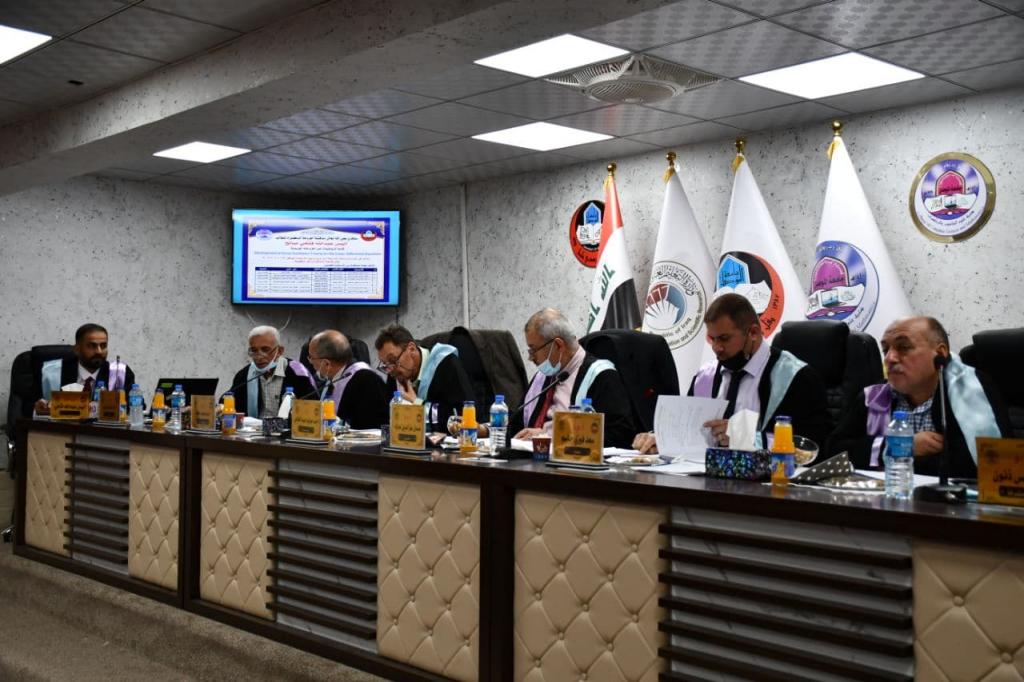 Discussion of a doctoral thesis in the Faculty of Computer Science and Mathematics - Department of Mathematics entitled:
Development of some Oscillation Criteria for the linear differential equations

A PhD thesis was discussed in the discussion room at the Faculty of Computer Science and Mathematics at the University of Mosul on Wednesday 10/13/2021 by the student Anis Abdullah Fathi Saleh and under the supervision of Assistant Professor Dr. Thaer Younis Thanoun.

In addition, we deduced as a result of Ström's comparison theorem and we relied on it to prove the oscillation of solutions of linear third-order differential equations, after which some oscillometers were developed that were used to measure the oscillation of solutions of second-order differential equations.

The thesis dealt with the study of the fluctuation of solutions of linear differential equations with fixed coefficients of the second and third orders and we gave some applications on them, where we took some mechanical models and deduced the equations of motion for them in two ways (energy and Lakrange), then we gave the necessary and sufficient conditions for the fluctuation of the solutions of these equations.
The aim of the study is to find and develop oscillation scales for solutions to differential equations, due to the importance of oscillation, which is included in many fields whereby oscillation is controlled by remote devices, as well as in the discovery of underground minerals and oil, and hitting the target in missile launches as well as media and communications.