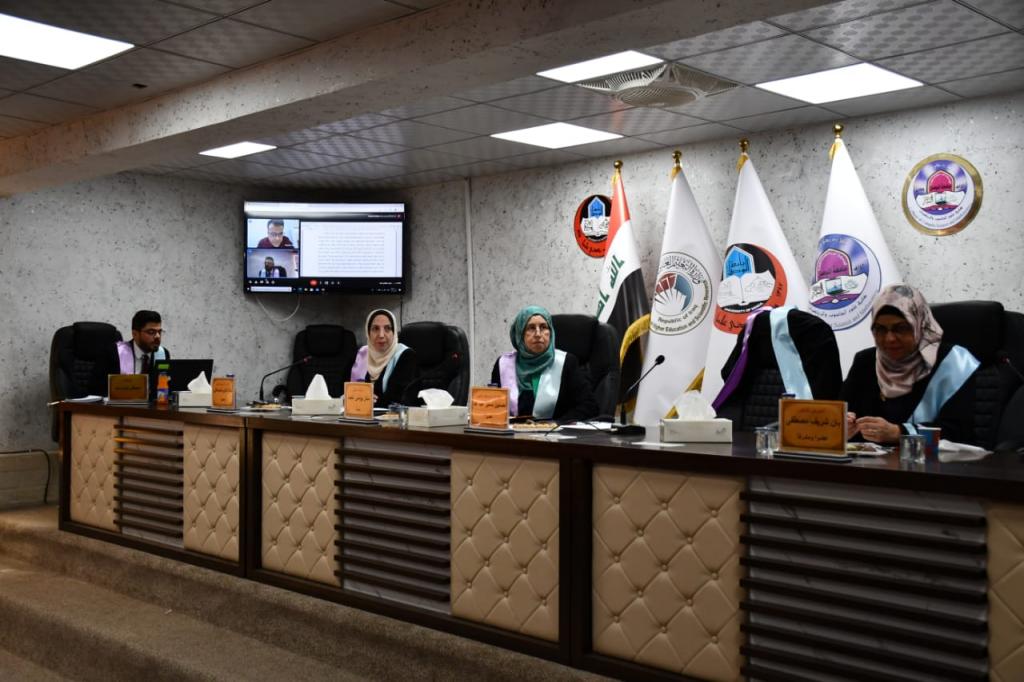 A master's thesis was held at the College of Computer Science and Mathematics at the University of Mosul on Thursday, 10/14-2021, entitled (Transforming raw data to semantic representation by student Mustafa Nabil Salem Abdel Hadi and under the supervision of the teacher, Dr. Ban Sharif Mustafa
I addressed the message submitted by the student
Building a prototype that extracts semantic relationships from an ontology-based ontology-based unstructured text. This model is a series of steps based on Natural Language Processing tasks and tools such as Named Entity Recognition, Coreference Resolution, Semantic Role Labeling, and Part of Speech tagging. WordNet has been used as a tool to measure similarities between entities in order to convert them into ontology concepts and properties and to fill them in.

The study aims to build a computer system model to deal with free texts and convert them into data that can be used later in making decisions, applying questions and answers and research.
The discussion committee was chaired by Prof. Dr. Manar Younis Ahmed and the membership of both Assistant Professor Dr. Naglaa Akram Al-Saati and Assistant Professor Dr. Hassanein Samir Abdullah / University of Technology - Department of Computer Science and under the supervision and membership of the teacher Dr. Ban Sharif Mustafa