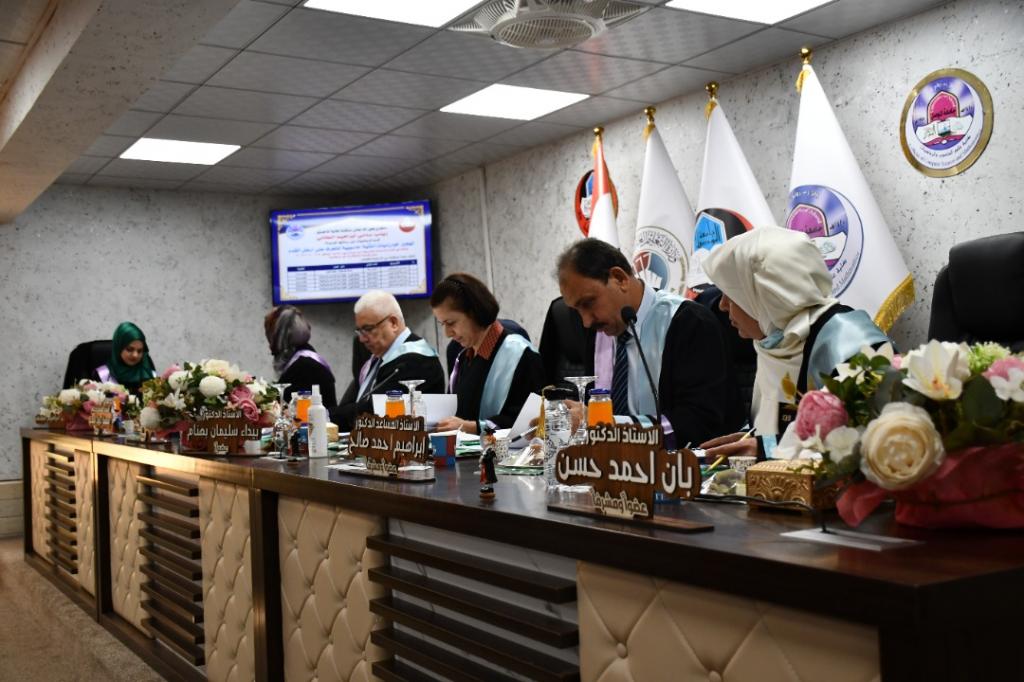 A master’s thesis was discussed in the discussion hall of the Faculty of Computer Science and Mathematics at the University of Mosul on Sunday 24/10/2021 by Zainab Sami Ibrahim Mustafa, under the supervision of Assistant Professor Dr. Ibrahim Ahmed Saleh, entitled:
Hybridization of computational optimization algorithms for lower foot recognition.

The message addressed authentication via biometric verification increasingly common in public security systems, companies and consumer electronics, criminal investigations and security protection, as the driving force behind the emergence of biometric technologies is the identification of a person, through biological and behavioral characteristics such as fingerprints, retina, And footprint, and intelligent algorithms (Intelligence Algorithm) is one of the methods used in the classification and selection of these characteristics and features.