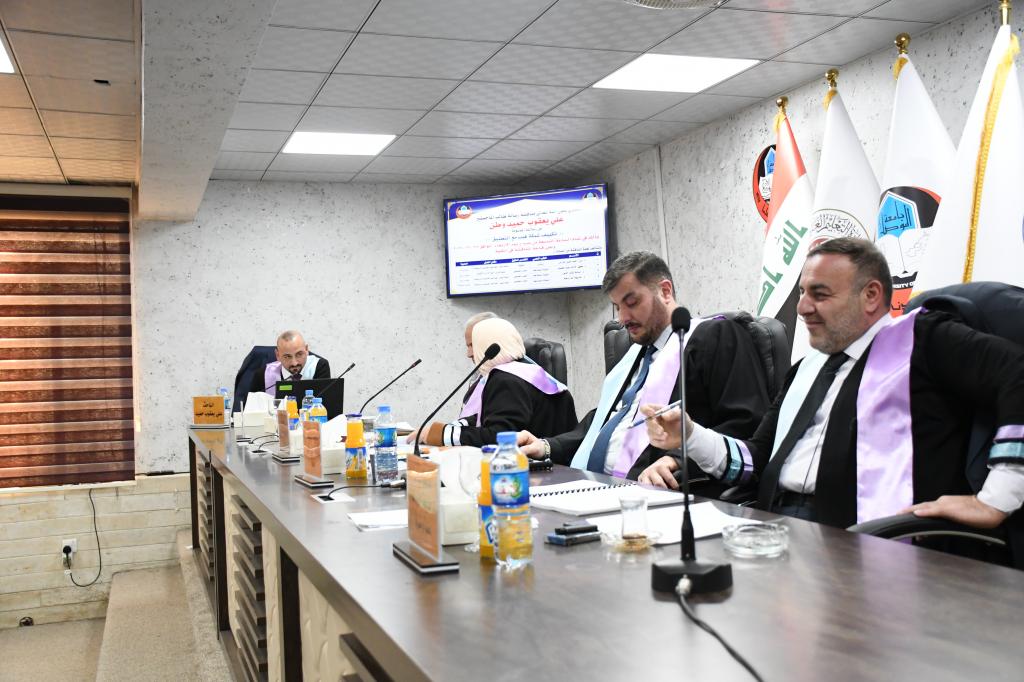 A master’s thesis was discussed at the College of Computer Science and Mathematics at the University of Mosul on Wednesday, 29-12-2021, about neural networks by Ali Yaqoub Hamid, under the supervision of Assistant Professor Dr. Hudhayfa Hazem Taha

The research dealt with the Hebb rural network to diagnose thyroid disease. Matlab program was used to build and develop the Hebb algorithm so that we were able to run the Hebb network on the three-variable data after it was working on the one- and two-variable data only and know the behavior of the This disease is followed by, as data were collected (424 samples) from hospitals and external laboratories, which cover all cases of the disease. (302 samples) were used to train the network and (122 samples) to examine the network And medical examinations were conducted for it (14, Tsh, T3) with the same device used (BECKMAN COULTER) and with the same units, a HYIP network was applied to them to find out the infected and uninfected samples. The results were accurate according to the ranges set by the medical side. We developed the network algorithm again to give us a percentage for each of Injury and non-injury so that it is known if the sample is healthy, it was said that it is 100% intact, it is close to the injury, as well as the case with the injury, whether the injury is close to recovery or a serious injury, which makes it easier for the medical side to assess the patient’s injury condition as well as knowing the description of the treatment and its dose.