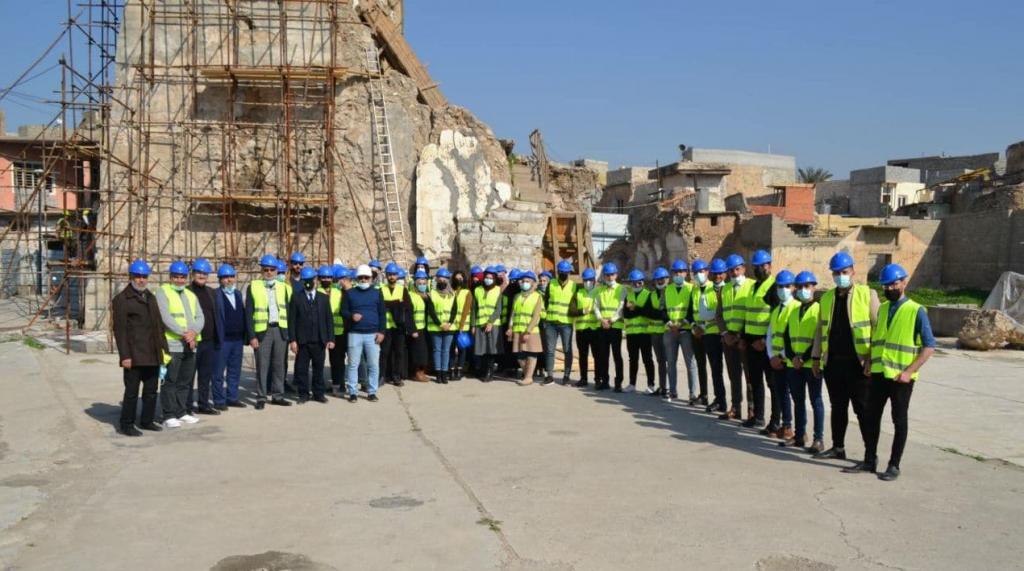 The scientific workshop activities entitled "Revive the Spirit of Mosul by Reconstruction its Historical Monuments", which was held in scientific cooperation between College of Engineering at University of Mosul and UNESCO / Iraq office, continued on its second final day.

The workshop included the students visiting Al-Nouri Mosque and Al-Hadba Minaret, which the Organization supervising on Rebuilding it. where they were briefed on the situation of the mosque and the area, the efforts to rebuild it, and the plans for its rehabilitation.