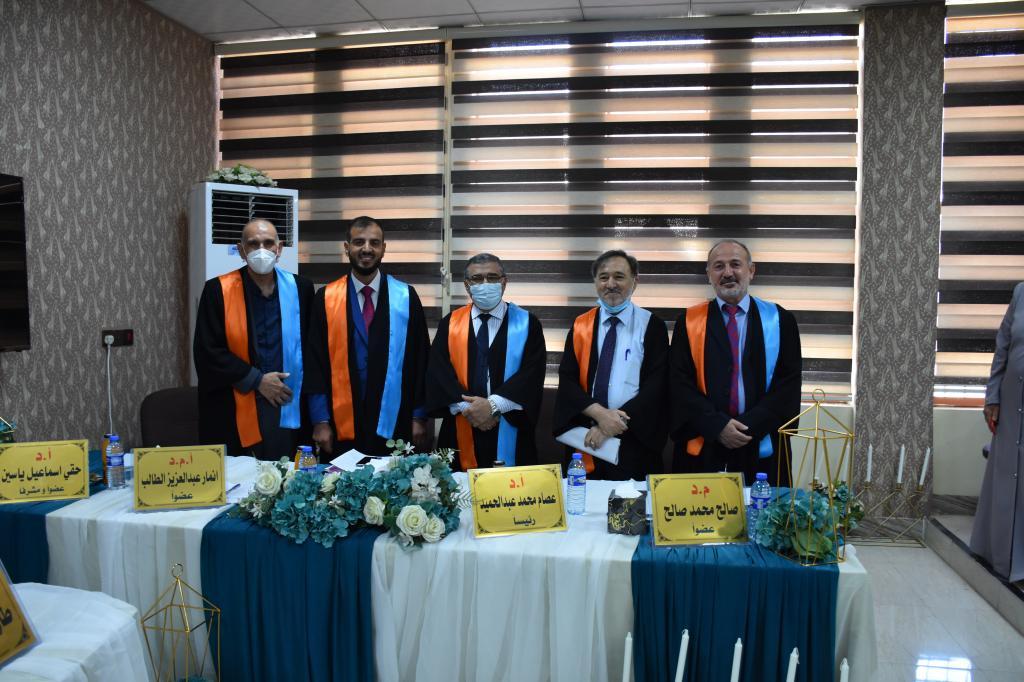 A master’s thesis was discussed in Department of Dams  and Water Resources Engineering / College of Engineering at University of Mosul on "Effect of Soil Surface Slope on Water Distribution Uniformity for Stationary Sprinkler Systems" on Thursday, Sep. 16, 2021 submitted by postgraduate student (Tareq Jasim Ahmed).

The study showed that both the uniformity coefficient UC and the distribution coefficient DU decrease with the increase in the slope of the soil surface.  For all sprinkler head types used in the study, the average decrease in UC and DU were  respectively 3.17 and 6.0%  when increasing  the terrain slope from 0% to a maximum value of 20%. Also, we found that the effect of terrain slope on the degree of uniformity is identical in the cases of quadruple and triple arrangement of the sprinkler heads. In addition, the pattern of the water distribution does not change with the change of the terrain slope, but the depth of water decreases, and the sprinkler range increases as increases for downslope, and vice versa, the rate of water depth increases and the range of spraying decreases as the positive slope increases.