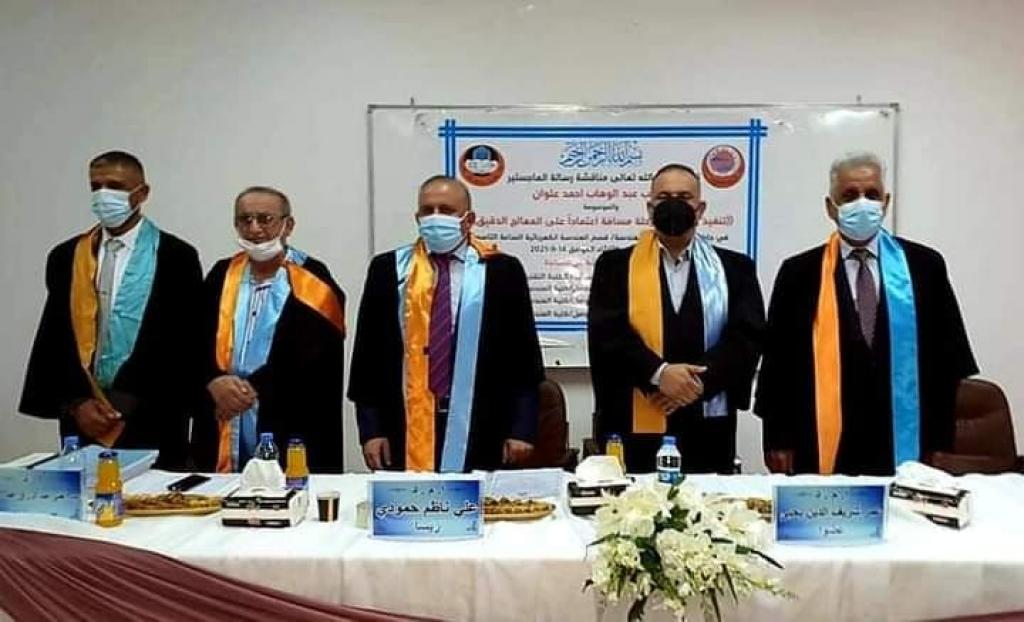 A master thesis was discussed in Department of Electrical Engineering / College of Engineering / University of Mosul entitled "Design and implementation Distance Relay based on microcontroller" submitted by postgraduate student (Abad alwhab Ahamed Alwan) on Tuseday, Sep. 14, 2021.

The thesis showed the characteristics of a distance relay lay in diagnosing faults accurately , a fast response to reduce the disturbance In the power system . The microprocessor is widely used in the protection  applications and that is due to the possibility of forming it in components and installing the connection of mathematical and logical circuits and making decisions and storing in memory . in addition, it requires a short time to complete the operations that the protection needs , Being more flexible and programmed.

The Arduino Uno was used to  protect the  overhead lines , It has been Programmed to calculate the resistance of the faults . in this paper, practical circuit for a miniature power system was made .  Making a circuit to include taking a set of faults over distances  from the source and issue a trip signal to a contactor  to separate the source by calculating the fault resistance and comparing it with the  basic setting resistance .

The simulation results and the practical side proved the speed of response to the failure in time . Determining  distance the fault, the type of fault and the resistance of fault.  Integrated Development Environment  program IDE is used by the controller. Converting the analog signal to digital by ADC to calculate the value of the resistance in Arduino Uno and find the fault  location . The protuse program was also used in simulating the practical part .