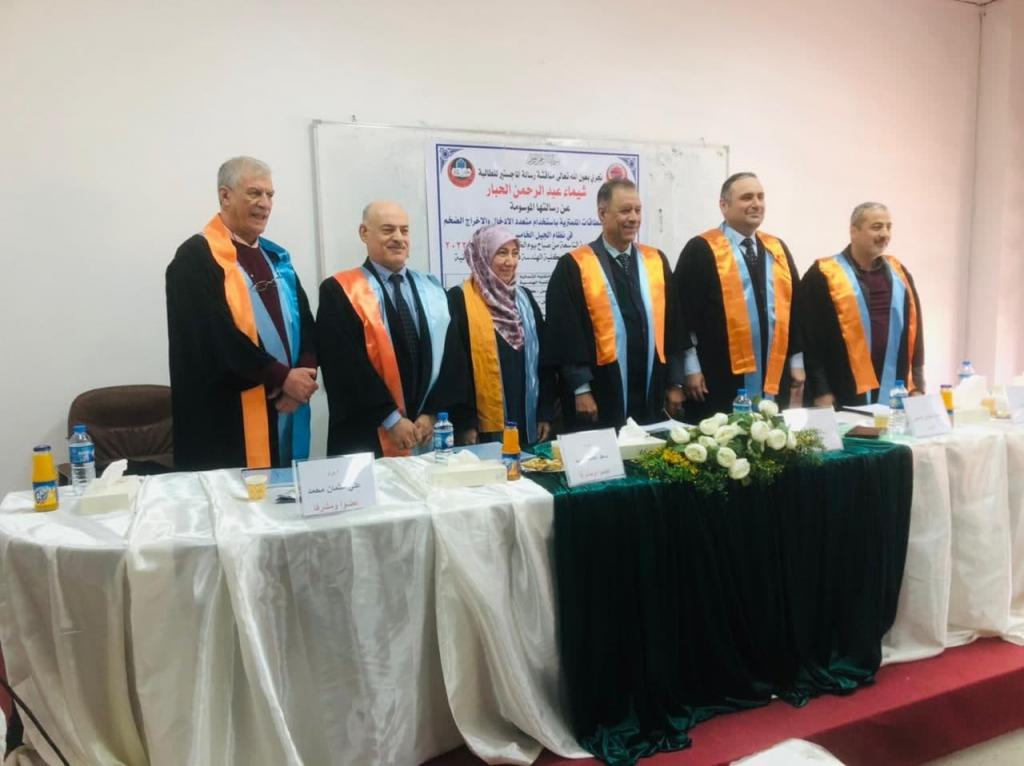 This thesis included a study of several fifth-generation technologies for wireless communications and focused on the application of beamforming using the mmwave channel and the application of three types of pre-linear coding: zero forcing (ZF), conjugate beamforming (CB) and the minimum mean square error (MMSE). The millimeter wave channel was modeled using MATLAB software and a comparison was made between the frequencies (28,38,60,73 GHz) in terms of spectrum efficiency (SE) and the change in the number of users under the conditions of indoor and outdoor environments. In outdoor environments, the two frequencies (28,38 GHz) were compared for the Line of Sight (LOS) and Non-Line of Sight (NLOS) states.

The study proved that the 28GHz frequency is superior to the rest of the frequencies in both indoor and outdoor environments and Line of Sight (LOS) and Non-Line of Sight (NLOS) communications. It also proved the preference of pre-coding using the minimum mean squared error (MMSE) for a certain range of user numbers. Conjugate beamforming (CB) performs better when the number of users is large. An algorithm called hybrid has been proposed to improve system performance and obtain the best spectrum efficiency among the three types of receivers.