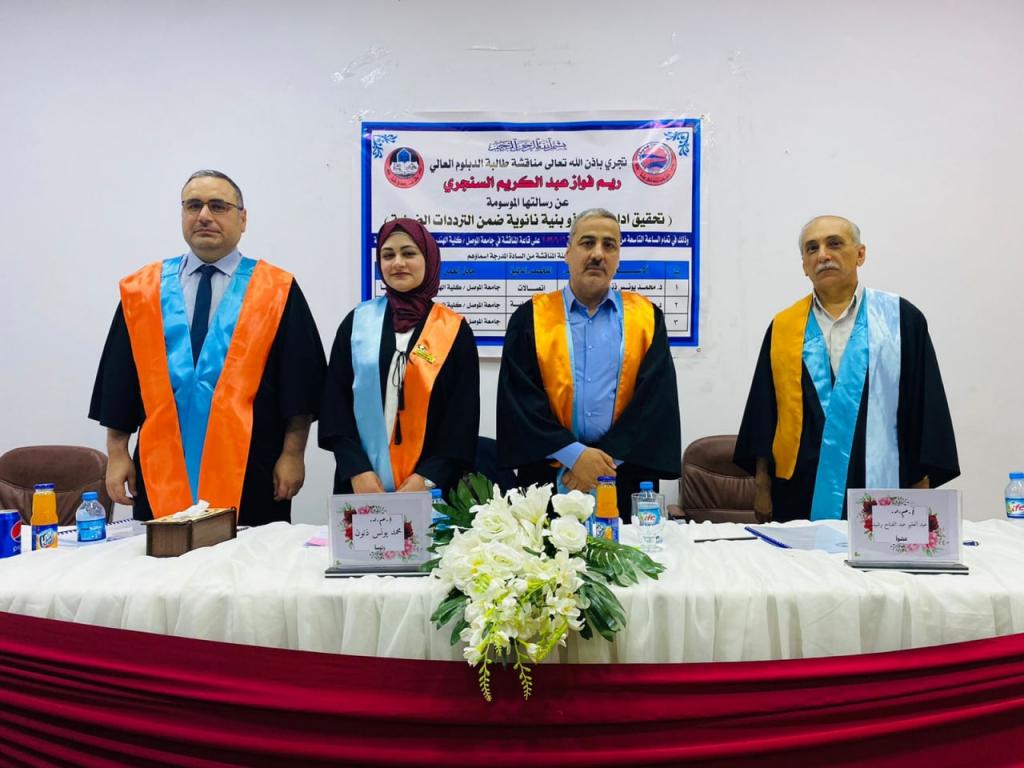 The Research dealt with the nanoantenna composed of metallic nanoparticles is presented focusing on their promising optical properties. In the optical band, the nanoantenna has special features for producing focused, highly-located amplified light with a specific region and wavelengths. This small dimension device for the enhanced light can successfully overcome the diffraction limit, thus achieving the goal of using light at the nanometer scale. This nanoantenna function is demonstrated by a strong localized resonant frequency caused by the light incident on the nanoantenna.