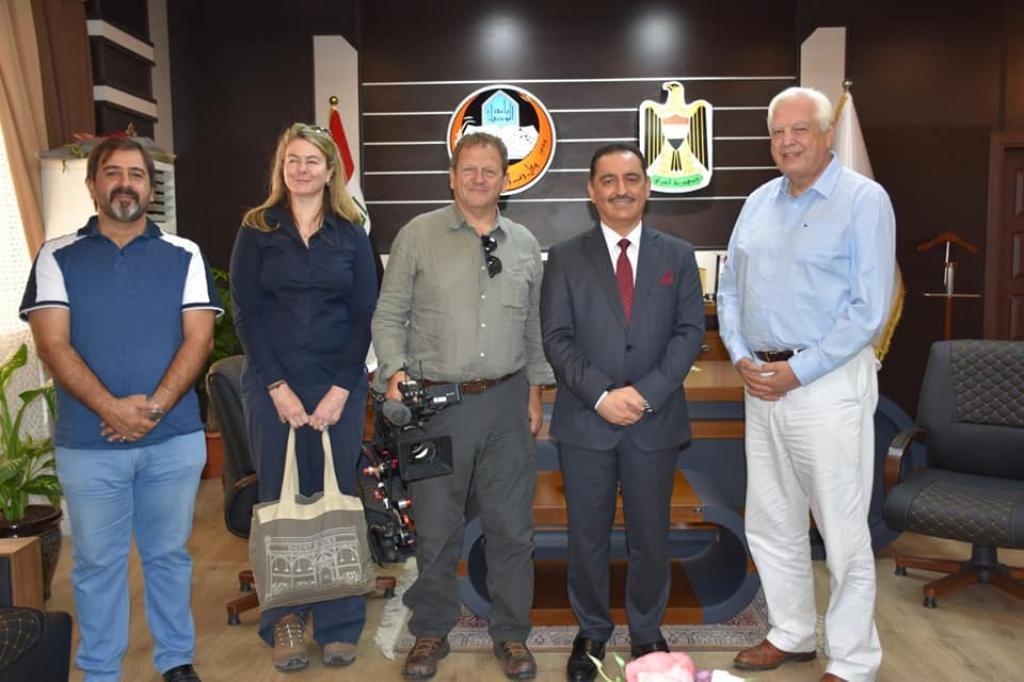 BBC Team in University of Mosul

The team which is headed by the well-known British journalist John Simpson was welcomed by the Rector who accepted the request passed by them to produce a documentary about University of Mosul after the liberation from the terrorists of Daesh. The documentary is about the devastation and ruin that befell the university especially the Central Library which became worldly evidence against the hostility of Daesh. Also, the team showed interest in knowing how far reconstruction and rehabilitation efforts reached, what they so far accomplished, and the interaction and activities of the university in keeping up with the world's science and technology development. Last, the team interviewed the rector.