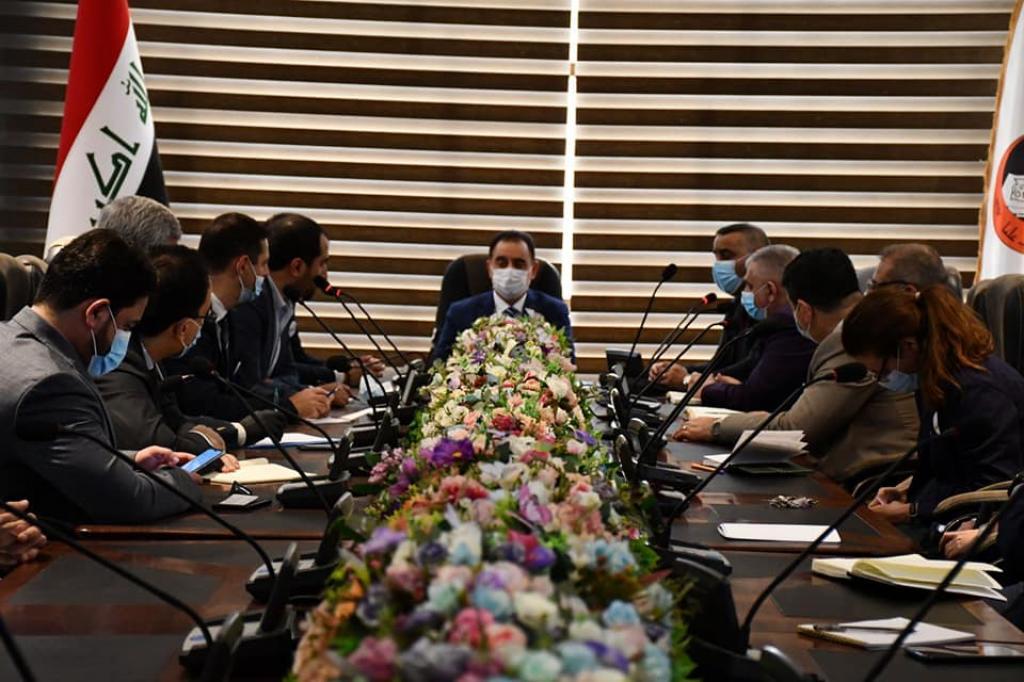 Rector Kossay Al-Ahmady received a French high-profile delegation that visited University of Mosul on Tuesday, September 22, 2020. The delegation, which was headed by Mr. Jean-Nöel Baleo of Embassy of France, and which included Mr. Abdulnoor Barhami and Ms Leila, the economical and the political advisors of the embassy, Mr. Fabrese Bousalim, Director of Expertise France, and other officials of the organization, attended to the opening ceremony of 'The Station' organization, an organization interested in youth projects, and attended also to the launching of 'Yanhad,' an Expertise France students' projects initiative for Mosul, Nineveh, and Suleimaniyeh universities.

During their meeting, Rector Kossay Al-Ahmady and other officials of the University discussed with the delegates the possible ways of cooperation and reviewed the works achieved through the previous accords between the University and the organization.