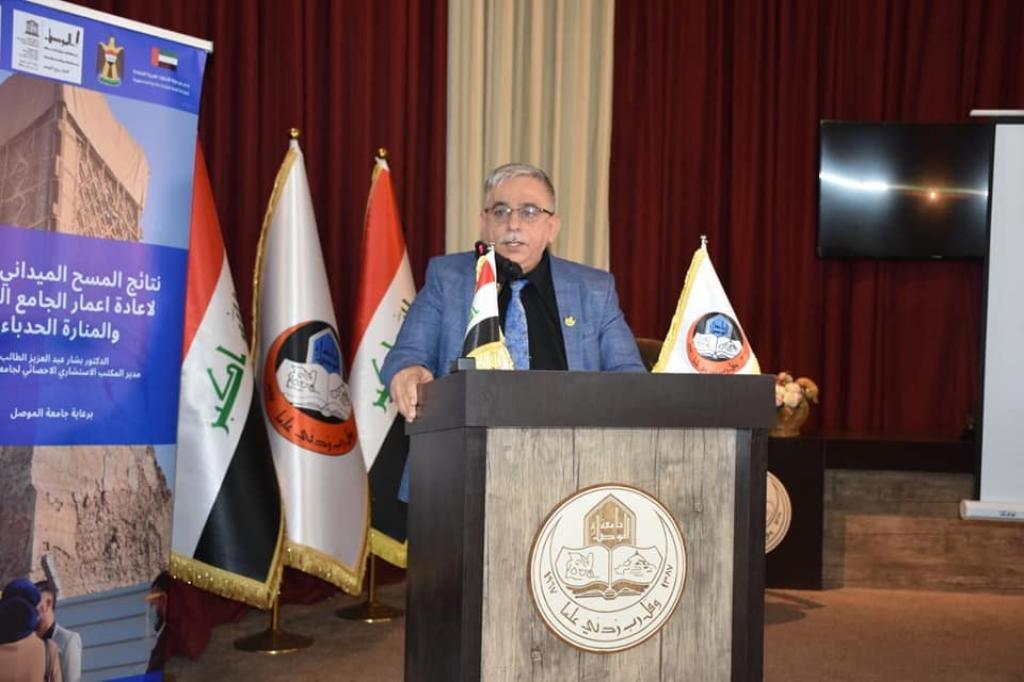 The Statistics Advisory Bureau of University of Mosul, in cooperation with the UNESCO, announced the results of the preparatory field survey for the reconstruction of the Grand Nori Mosque and the Hadba'a Minaret, in a celebration held for the occasion.

The event, which was attended by Rector Alahmady and his Assistant, representatives of the UNESCO in Iraq, and other officials and social figures of the city, included briefings by Rector Assistant, Prof. Dr. Munir Salim Taha, UNESCO representative in Iraq (online), and by Head of the Bureau, Dr. Bashar Abdulaziz Al-Talib, in which he presented a video show of the procedure of the survey.