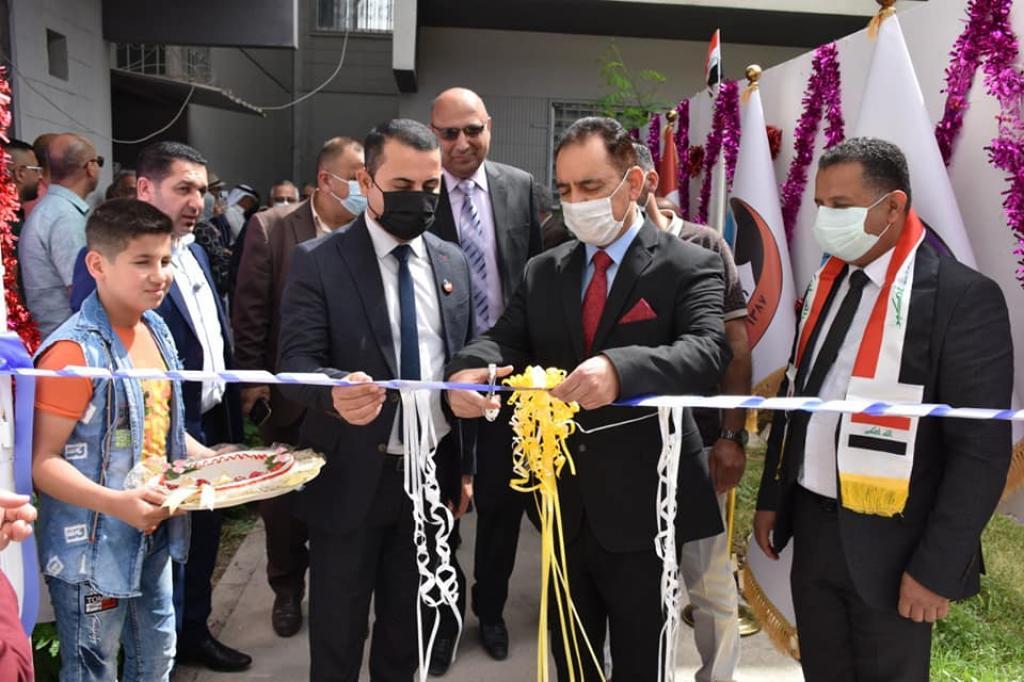 Departments of Plastic Arts, Art Education, and Dramatic Arts of College of Fine Arts, held an event that exhibited works by faculty and students of these departments on April 21th, 2021.

The event, which was opened by Rector Kossay Alahmady and Dean of the College, Nashat Mubarak Slewah, in the attendance of academicians, students, artists and interested people, exhibited murals and paintings that themed around the heritage of Mosul and other popular elements that are characteristic of the city.

Later, students of Dramatic Arts performed a pantomime directed by student, Abubakr Natheer. It showed the conflict between the arm force, which relates to ignorance, and science, knowledge and progress, which relate to life.