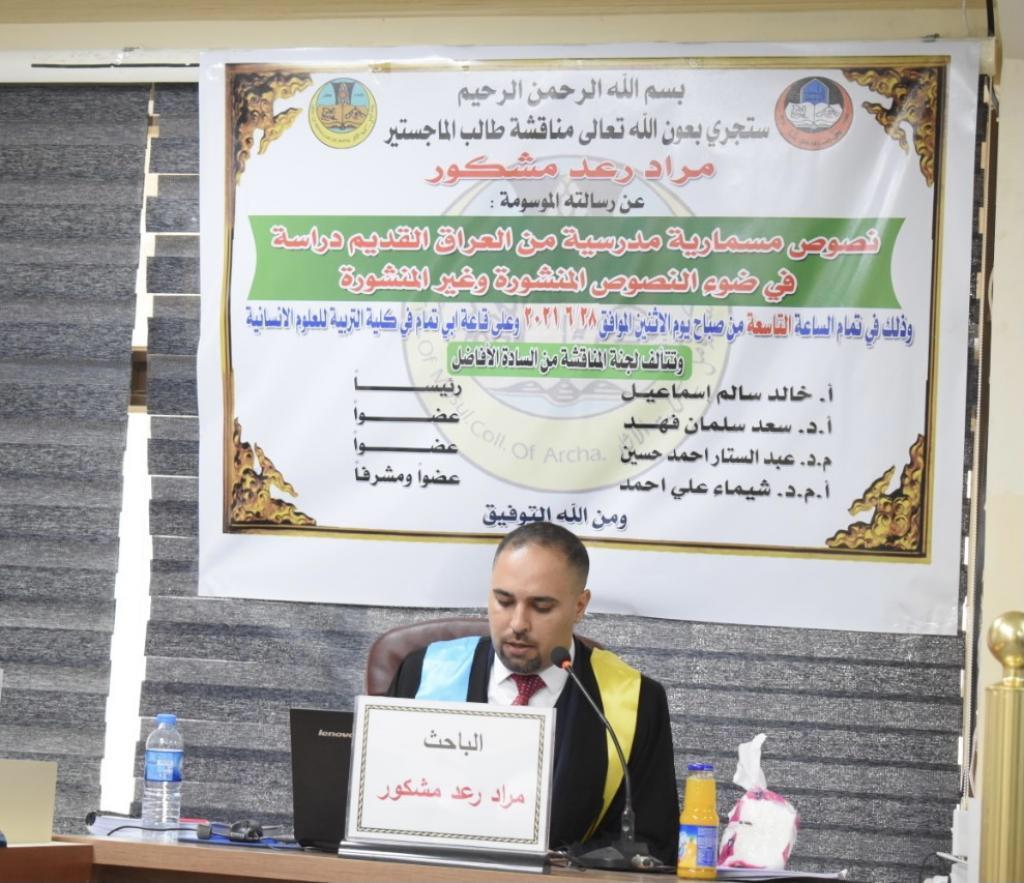 College of Archaeology held an MA thesis examination for the thesis titled 'School Text in Cuneiform from Ancient Iraq: A Study in Published and Unpublished Texts,' by Morad Raad Mashkoor, in which he highlighted the school educational system in the time of the Sumerians.

The study showed that the pupils were trained to write on clay tablets by teachers, who wrote certain texts in Cuneiform and asked the pupils to copy these texts on the same tablets. Also, the study gave an idea of the methodology adopted at the time, which was mainly based on copying and memorizing.