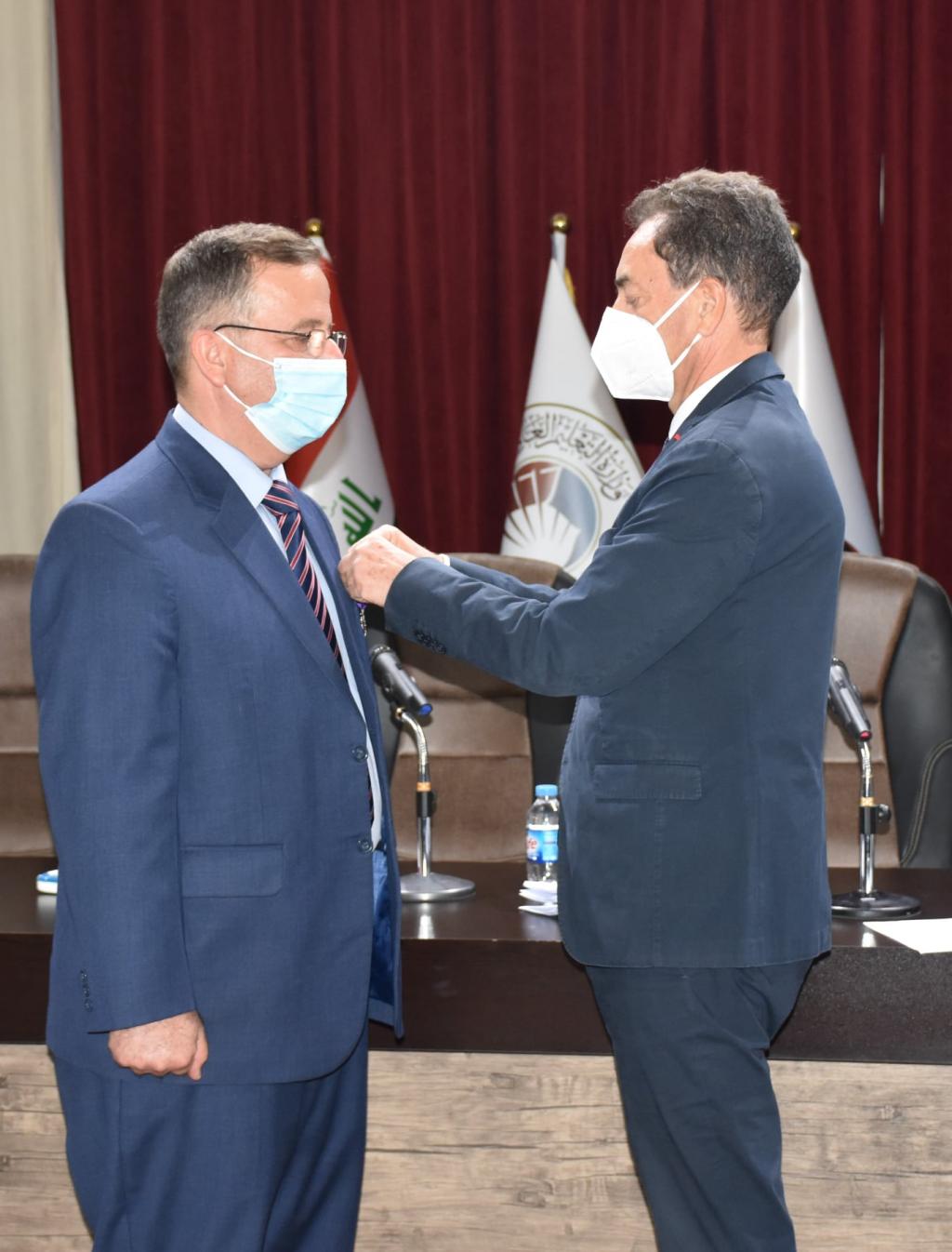 Assistant Prof. Dr. Mohammed Zuhair Zaidan of Department of French Language was granted the honor of the French Palmes Academiques for his academic, cultural, and cooperation efforts in the line of improving the reality of French language learning in University of Mosul as well as other parts of Iraq. In attendance of Rector Kossay Alahmady, Zaidan was honored by Ambassador of France to Baghdad, Monsieur Eric Chevalier and other figures, who attended the event.

Zaidan, who is the first Iraqi academic to be granted this honor, is a faculty at Department of French, College of Arts, and the manager of the Francophony Corner at Department of Scholarships and Cultural Relations. Amongst his other contributions is the opening of the Institut Culturel Frnco-Irakien, ICFI at Mosul.

Noteworthy is that the Palmes Academiques is a high French honor established on 1808 and is given to academics and cultural figures in appreciation of their efforts.