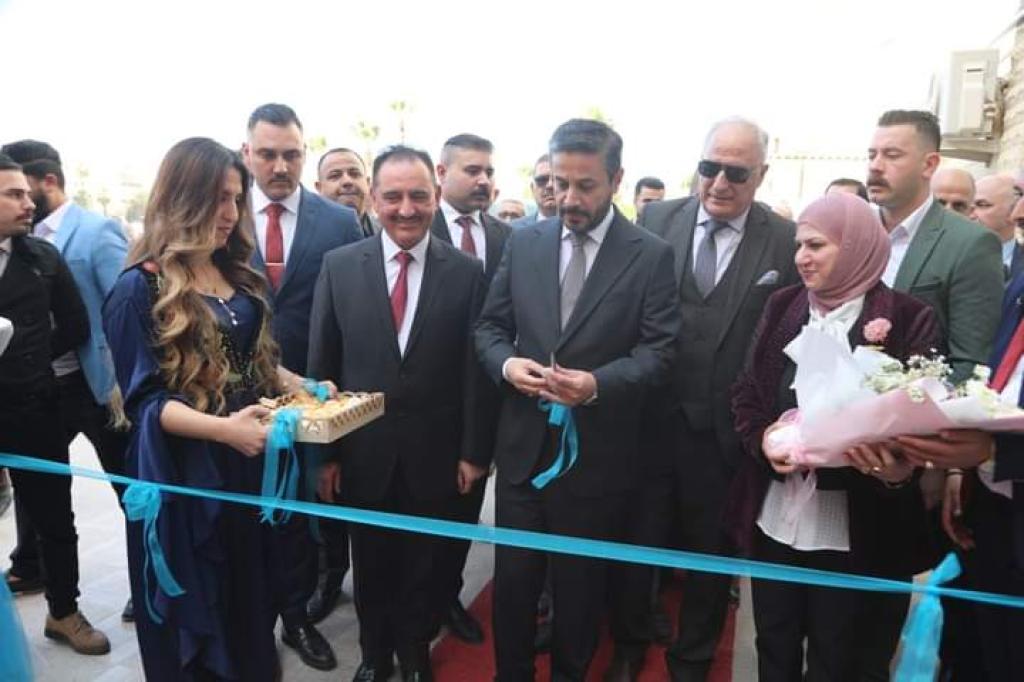 "University of Mosul Is Peculiar To Us," He Said.

Prof. Dr. Naeem Al-Abboody, Minister of Higher Education and Scientific Research paid a visit to the University within  an extended visit to Nineveh universities on November 21st, 2022. The visit is the first for the Minister after his recent assuming of the post. In the visit, he emphasized support to the University saying: "University of Mosul is peculiar to us, and we push to have it re-assuming due stature amid the educational institutions scene." Then, he added that, "the magnitude of devastation inflicted during the war was huge in the University, and what we see now but proves the tremendous efforts exerted to bring the University back to life and prosperity. " Later, on the smart board of the Central Library, the Minister wrote: "We stand for you."

The Minister held a meeting with Rector Alahmady and some of the officials and discussed many concerns, pledging to bring them to settlements. On the other hand, he focused on students and recommended that they should be the center of interest, as they are the product of educational institutions, and that future can be seen in and through them.