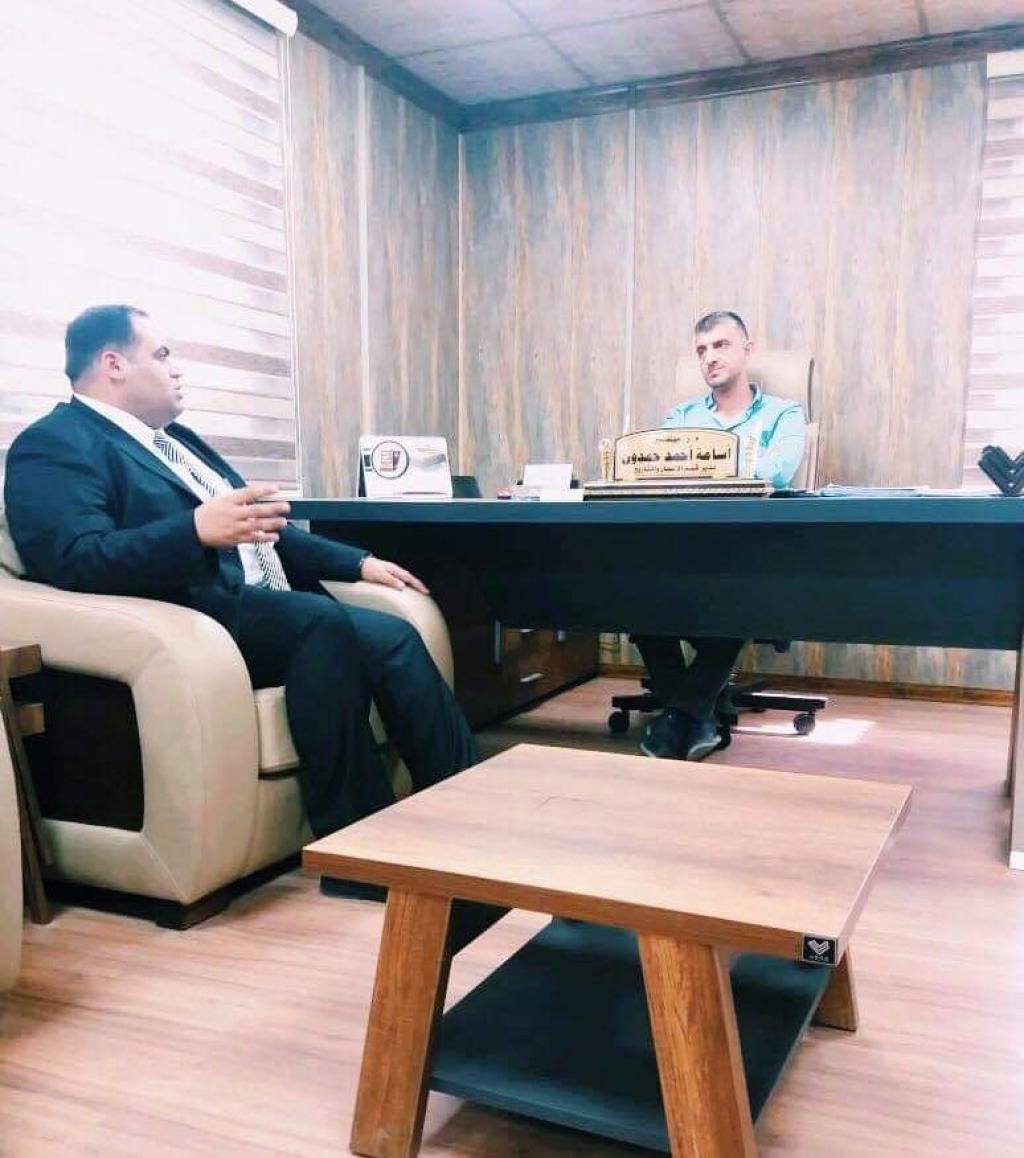 On Tuesday, September 24, 2019, and based upon the determined efforts of the President of the university of Mosul, Prof. Dr. Kossy Al-Ahmady as well as the efforts of the Department of Construction and Projects, the Secretary- General of the libraries of the University of Mosul, Mr. Sayf Al-Ashqar met Eng. Osama Ahmad, Director of the Department of Construction and Projects, Mr. Osama explained the latest on the subject of the plan of the Central Library construction and the coordination with UNDP about this matter. The external and internal design of the building were also reviewed. Schedules will be announced after the necessary procedures have been completed by UNDP. The site was inspected on the ground by the Secretary- General with the officials of the Administrative Affairs Division of the Central Library.