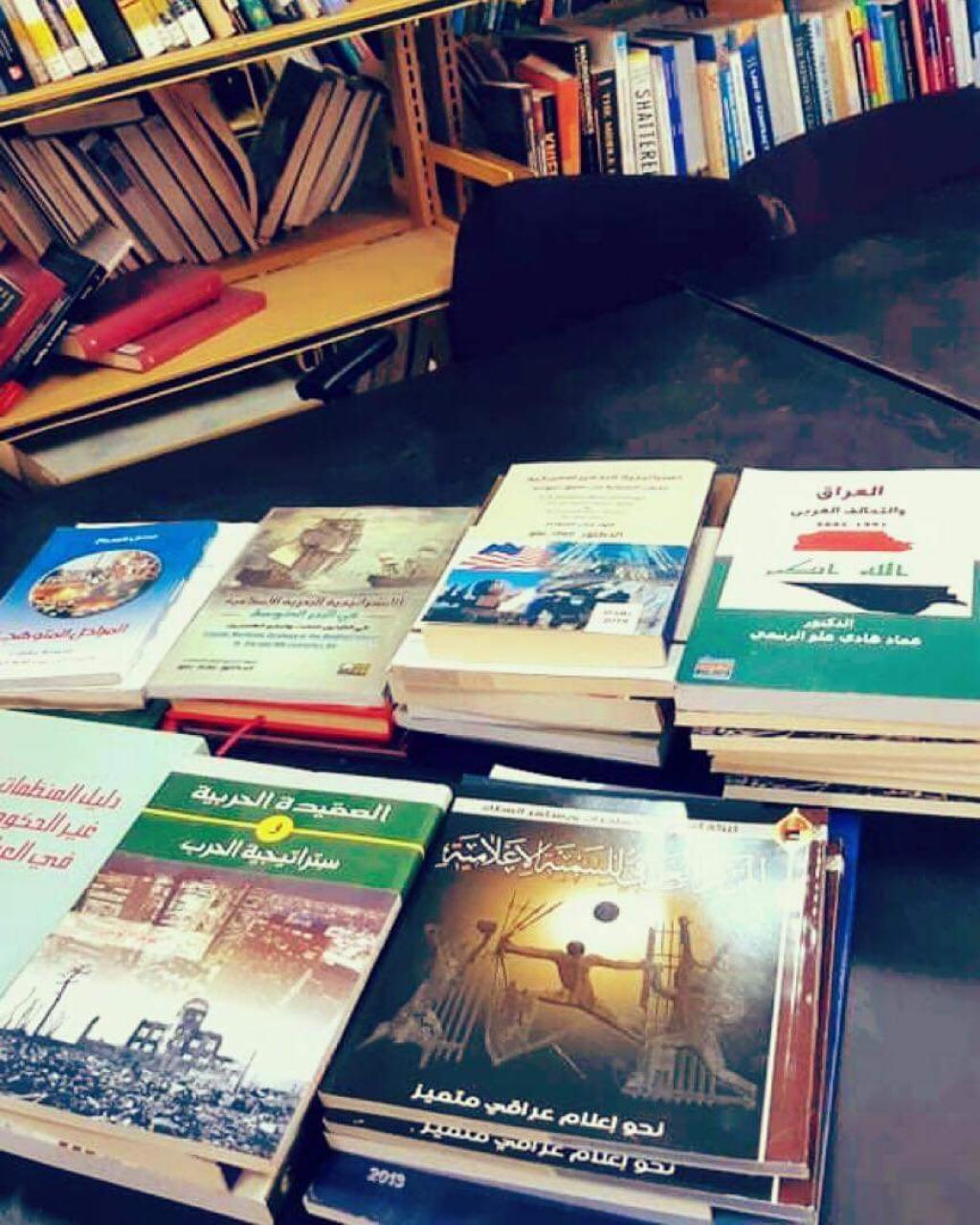 In response to the recommendations of the President, University of Mosul, Prof. Dr. Kossay Al-Ahmady, to interact and cooperate with the society, Mosul figures continued to dedicate their intellectual works to the Central Library of the University of Mosul. On Wednesday, September 25, 2019, the Central Library received a collection of books belonged to the personal library of the strategic expert, Dr. Emad Hadi Allou, including a number of his personal works, as well as many copies of a valuable personal work of Mr. Mu’ayyad Al-Aloussy as a contribution to support the University of Mosul with their intellectual works to help enrich the library. The Secretary-General of the libraries, University of Mosul, Mr. Sayf Al-Ashqar expressed thanks to the generous initiatives from these intellectual figures. He also appreciated the role of Mr. Mohammad Samir Al-Soufy, accompanied by Mr. Mohammad Azhar Al-Obaidy, in receiving the collection from its owners and delivering and handing it over to the library administration to make it accessible to the researchers at our distinguished university