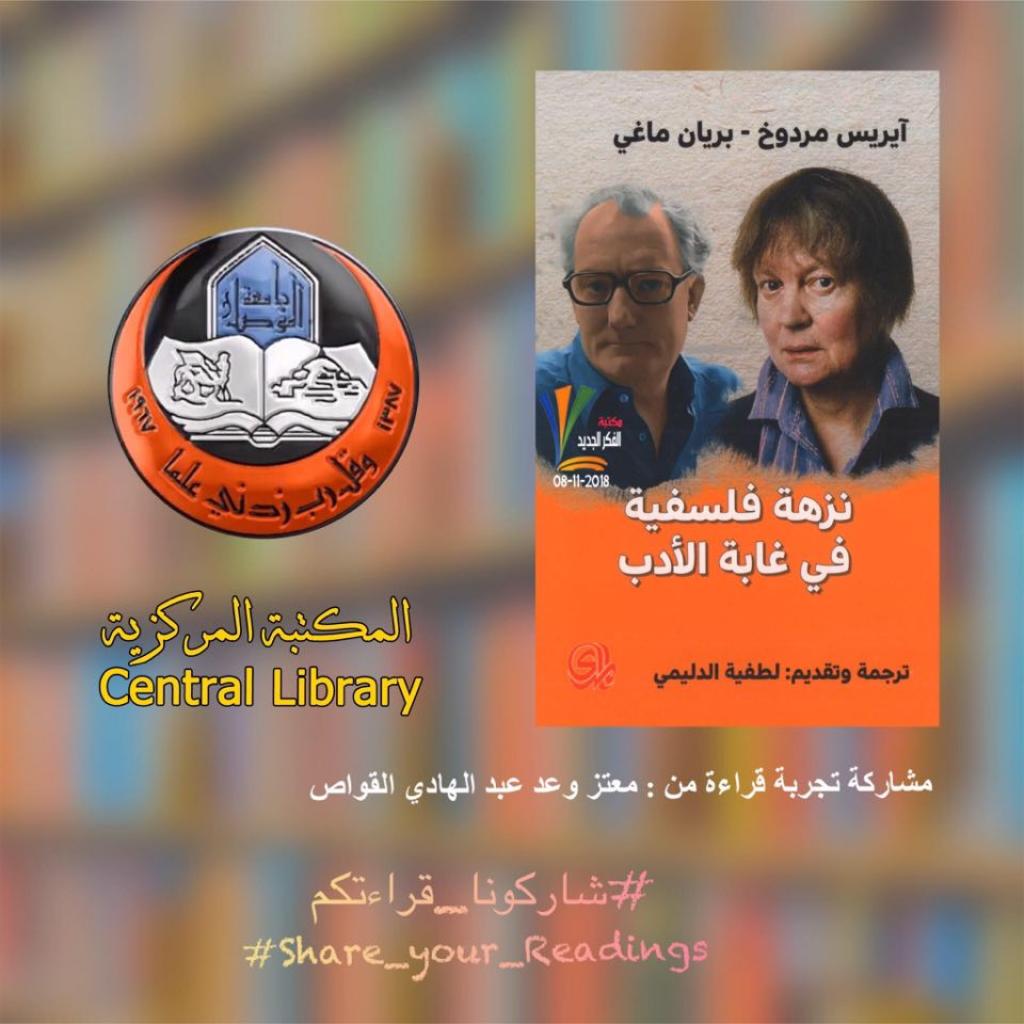 A Brief Insight of Philosophical-Literary Debate

During a visit to the Pavilion of Dar Al-Mada for culture, media and Arts at the last Erbil International Book Fair, I bought a book entitled (A Philosophical Walk in the Forest of Literature) translated and presented by Lutfy Al-Dulaimy, a creative Iraqi writer. I think it is very important to read for the fans of literature and philosophy. It is a distinct and objective translation of a TV debate between the famous philosopher and novelist (Iris Murdoch) and the famous philosopher (Brian Magee), broadcasted by the cultural channel of the British TV in 1978. When reading the 70 middle-format pages of the book attentively, which is a series of critical and intellectual questions, we conclude that the relationship between philosophy and literature is a trustworthy one that can be seen in the philosophical implications in many literary works of many greatest writers who are professional philosophers at the same time, yet the nature of the relationship and its limits between literature and philosophy has remained a problematic field since the Greeks to the present day. The interlocutor begins with a phrase (literature entertains and does many things, while philosophy does only one thing), which includes a fundamental idea with an opinion that may raise many questions and supportive opinions and stands on the other side of its meaning. When I had translated and shared this phrase with a group of philosophy and literature fans and specialists, I received a flood of responses with different opinions. From Murdoch's answers to the questions of her intelligent interlocutor, concerning those who practice the profession of literary writing and philosophical craft, it transpired that "the literary writer intends to leave an area of freedom for the reader to be a special playground for him in which he can reshape his personal insight about what he reads, but the philosopher cannot or, more precisely, should not leave any space for the reader in order not to allow him to reshape the philosophical work whatever his desires lead". Being a connoisseur of both fields, I see that literature is similar to philosophy because both of them seek to reveal the truth. In conclusion, I invite all lovers of literature and philosophy to read this valuable book to gain further information, ideas and insights to comprehend their dialectic relationship.

I wish you a lasting love, with all my heart.