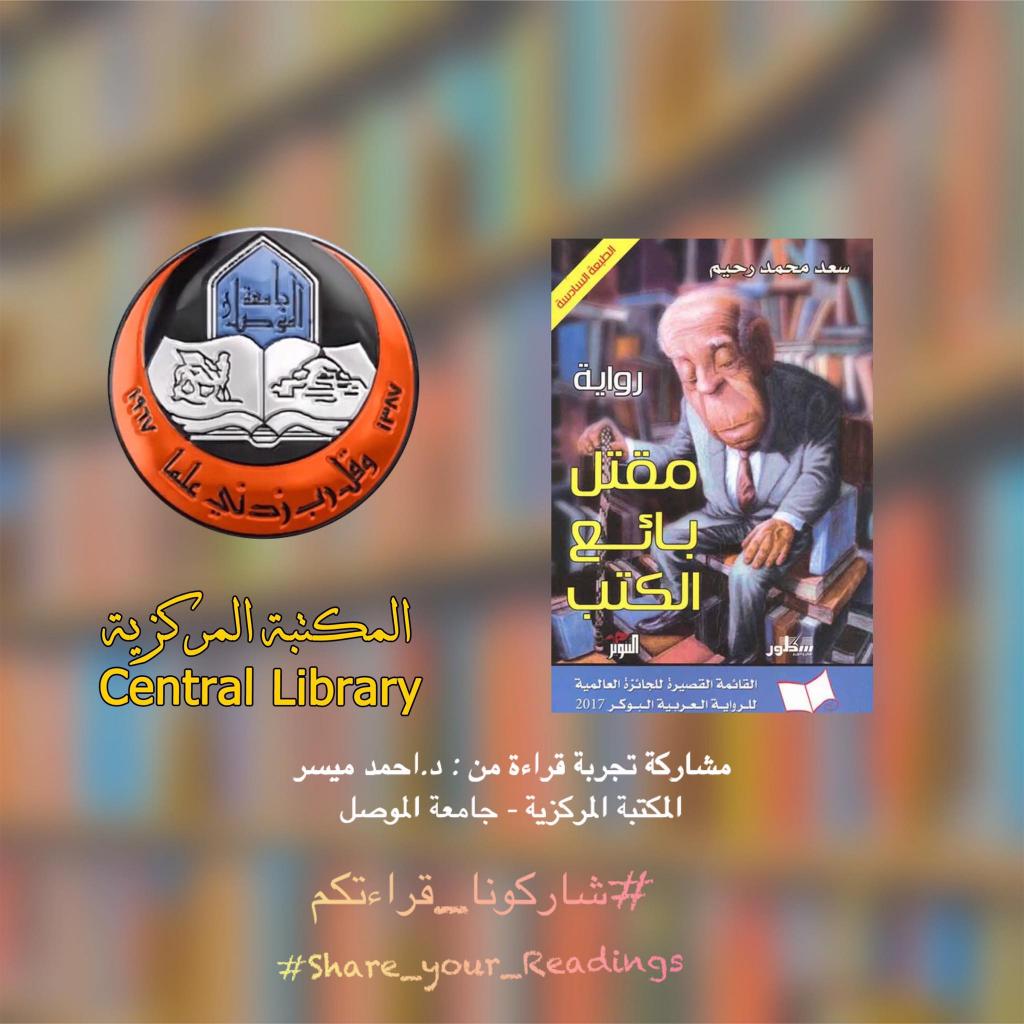 (The Bookseller's Murder) is a novel written by the Iraqi novelist and journalist Saad Muhammad Rahim, published by Sutoor Publishing House (Baghdad: 2016) and shortlisted for the International Prize for Arabic Fiction (IPAF) 2017.

The novel revolves around Mahmud Al-Marzuq, an Iraqi intellectual leftist bookseller in Baquba City who witnessed many events, conflicts and transformations happened inside and outside Iraq from the 1960s until his accidental assassination during the political and security anarchy in Iraq after 2003. Al-Marzuq represents the Iraqi intellectuals who were burdened with the worries of life and deprived of the sense of the least freedom and peace during different and successive political periods in Iraq.

In an artistic style, the details of the stages of intellectual and real daily life of this unique and complex character were narrated by his friends and acquaintances. The narration in this novel comes with the psychological analysis of the characters and events to send awareness messages to every Iraqi citizen and intellectual.

According to the novelist and critic Hamid Al-Mukhtar, it is one of the novels that establishes the mentioning of the importance of libraries, bookstores, librarians and booksellers.