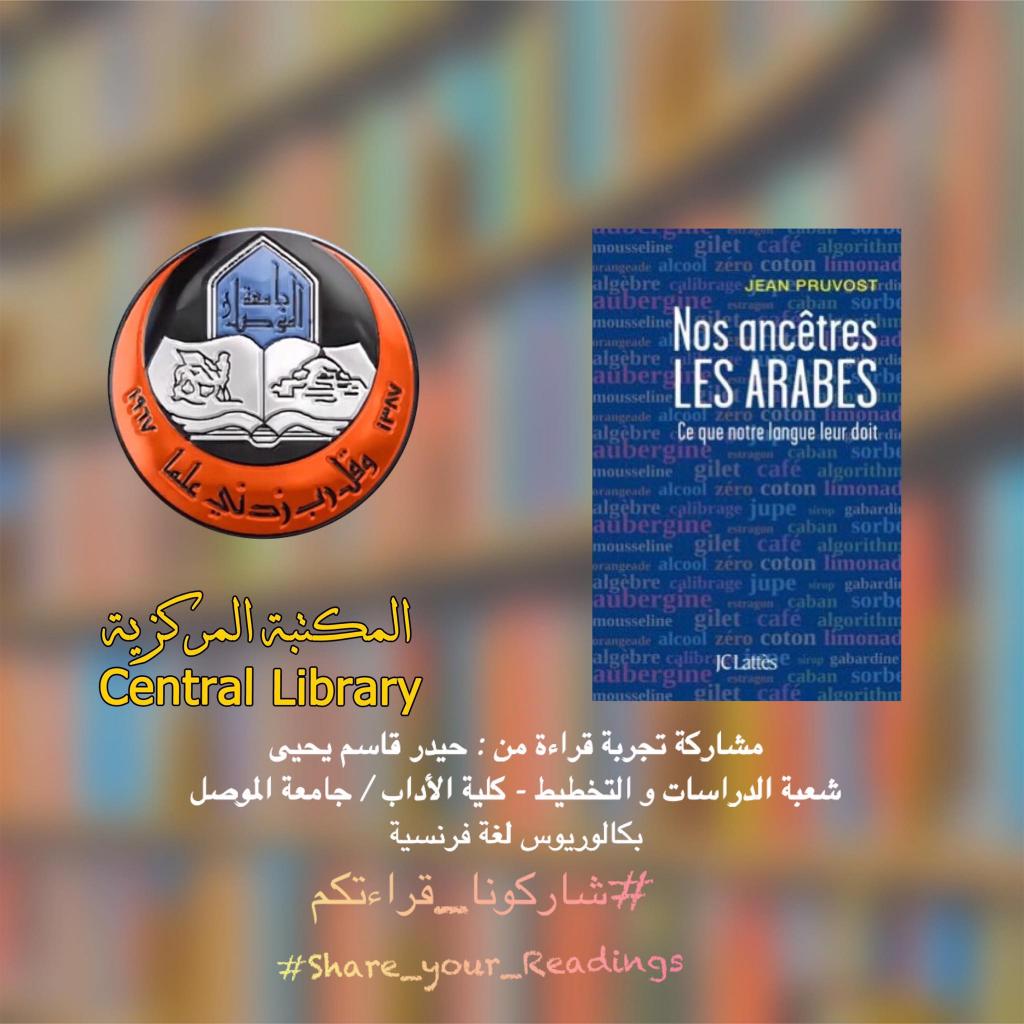 Our Ancestors the Arabs, What Our Language Owes Them

This book was written by the professor of lexicology and history of the French Language Jean Pruvost and published by the French publishing house JC Lattès. The author points out that Arabic is the third most popular foreign language after English and Italian. He traces the history of French words borrowed from the Arabic language in several lexical fields, showing the Arabic obvious influence on the French language specially in food, fashion and art. The French borrowed many Arabic words over the history during the Arab settlement in Andalusia (Spain), Crusades, the French settlement in some Arab countries and the Arab migration to France from North Africa.