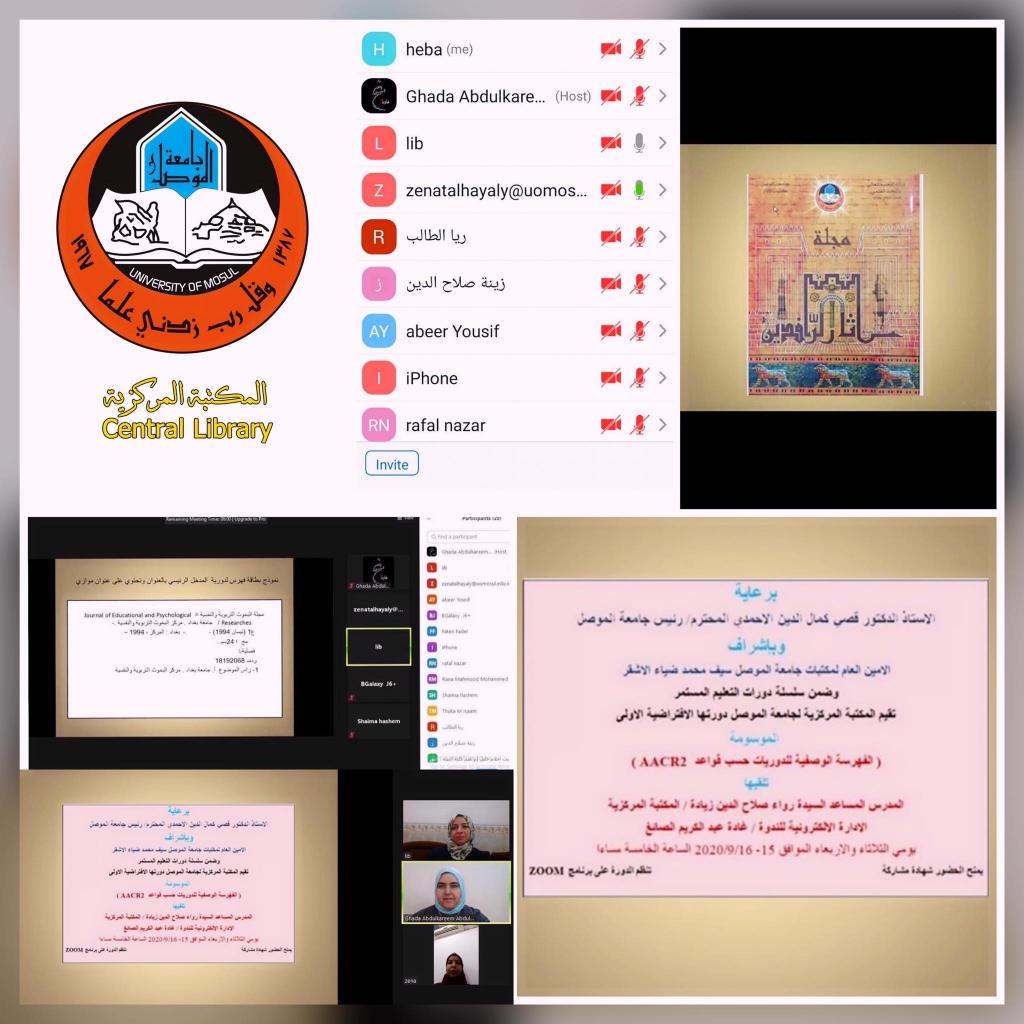 Based on the continuing education courses held by the Central Library at the University of Mosul, it concluded the works of the first virtual session that it held on Tuesday and Wednesday 15th & 16th /9/2020 under the patronage of the President of the University, Prof. Dr. Kossay Al-Ahmady, and under the supervision of the Secretary-General of the University Libraries Mr. Sayf Al-Ashqar, entitled (Descriptive Indexing of periodicals according to the AACR2 rules), which was given by the Assistant Lecturer Ms. Rawa Salah Al-Din Ziada, a member of the teaching staff at the Central Library.

The importance of this course is to provide the participants, whether from the library staff or representatives of the branch libraries at the university, with scientific information about the descriptive cataloging of periodicals according to the rules of AARC2 in order for them to be able to catalog the periodicals in their libraries according to this internationally approved method.

The course program was divided into two aspects on two consecutive days. The first one dealt with an introductory introduction to the periodicals and their characteristics, the components of the periodical catalog card and the rules for assigning the main entrance, and then touched on the description fields, which include the field of title, responsibility, statement of responsibility, fields of both nature and numerical identification and Publication, regular description, series, notes, ISSN and follow-up statement. As for the second aspect, the course touched on practical training for cataloging a number of Arab and foreign periodicals, which includes both the continuous periodicals issued as well as the periodicals that have stopped issuing.

The course was managed electronically by Dr. Ghada Abdel Kareem Al-Saigh via the online platform, ZOOM.