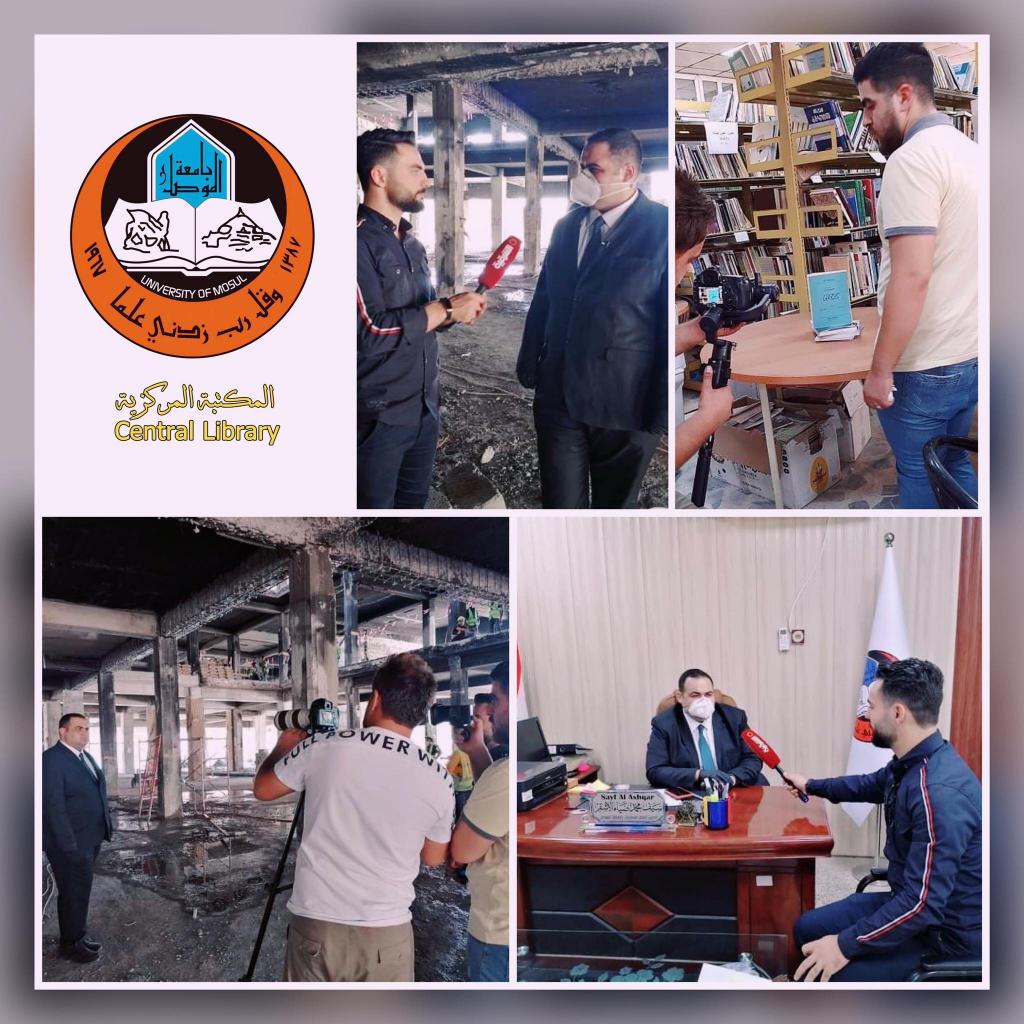 Al-Sharqiya channel in the central library

Based on the approach of the University of Mosul and the efforts of its president, Professor Dr. Kossay Al-Ahmady to open up to everyone and activate all communication channels to convey the university's voice to the world, Mr. Sayf Al-Ashqar Secretary-General of the University Libraries received the delegate of Al-Sharqiya Channel in Nineveh Governorate represented by Mr. Mahmoud Al-Najjar.

During the meeting, many of the detailed files related to this academic institution since its establishment in 1967, which is the same year in which the University of Mosul was founded, were shed light on as well as many of the great services it has been able to provide to students, researchers and intellectuals inside and outside the university despite the challenges that pervaded that way, the most prominent of which was the devastation and destruction it was exposed by the terrorist gangs of ISIS.

The meeting also touched upon the solidarity of the efforts of the benevolent inside and outside Iraq, including universities, organizations and personalities who extended a helping hand to the library immediately after the liberation to revive life in it and advance its reality in order to be able to carry out its scientific and cultural mission to the fullest and the constant endeavor, supported by the real efforts of the president of the university, the general secretariat of the library represented by Mr. Sayf Al-Ashqar and the library staff, not only to return to its previous state before the destruction, but also to start launching its reality towards global horizons to keep pace with its counterparts in the world's advanced universities

At the end of the meeting, the delegate of Al-Sharqiya Channel appreciated the sincere efforts made for the success of the library endeavor to achieve its vision during this exceptional circumstance represented by the emerging Covid-19 pandemic, promising at the same time via Al-Sharqiya Channel, to deliver the story of challenge and success of this ancient institution to be a bright model for challenge stories and success that advocates life and success in the whole world