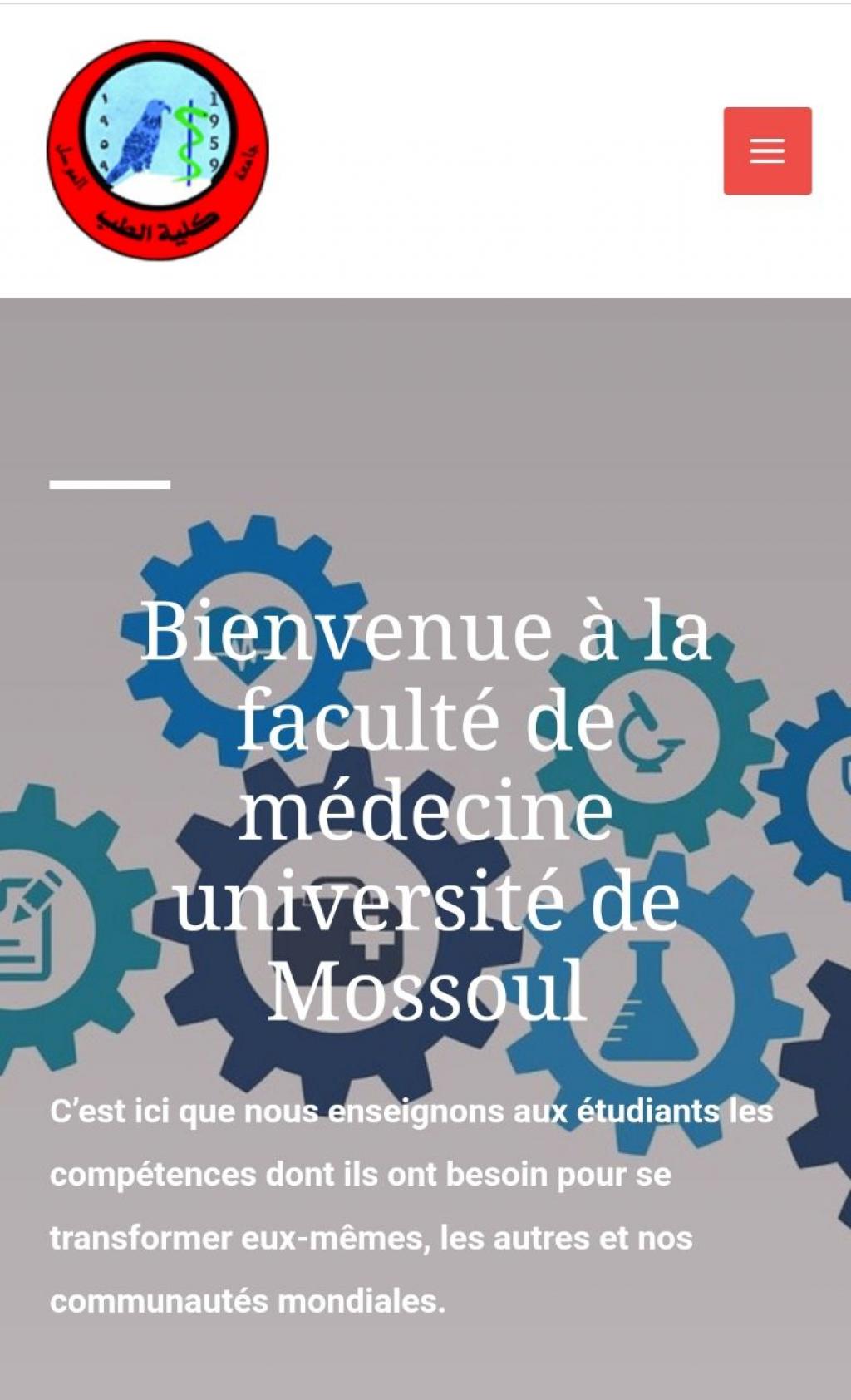 By the support of the President of University of Mosul, Prof Dr Qusay K. Al-Ahmadi, and with the constant efforts of the Dean of the College of Medicine, Prof Dr Basil Mohammednather Saeed, the College of Medicine, University of Mosul, announces to you the start of its official French website on Wednesday, 13th April 2022 in addition to its two websites in Arabic and English whose content has been visited by more than a million and a half visitors.

This unique step at the level of Iraqi universities and colleges occurs to build bridges of understanding with the Francophone countries.

French is a language that carried a lot of elegant cultural and artistic history that was linked to its name later, and at the present time "French" is a language used in more than 50 countries around the world and gets the second rank globally after English in terms of teaching and fifth in terms of usage.

Congratulations for this achievement which coincided with the celebrations of the International Day of the French Language.

To browse the French site, click on the link below: