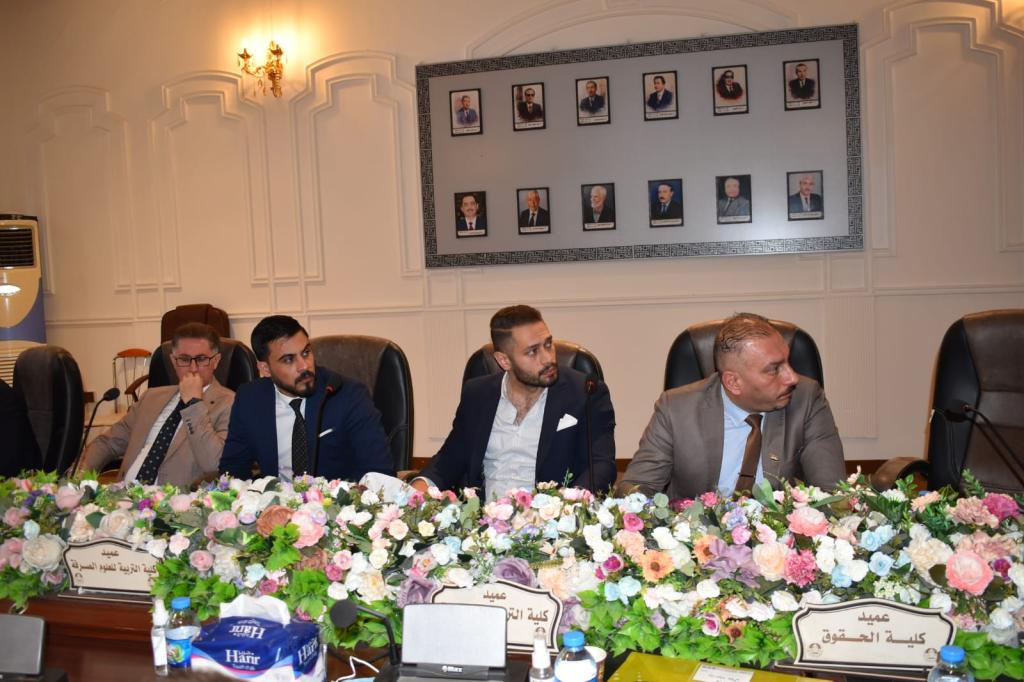 The French Ambassador to Iraq, Mr Eric Chevalier, and the Consul General in Mosul, Jean-Christophe Auge and their accompanying team, the Political Counsellor of the French Embassy in Baghdad Celine Weisal, and the Director of the French Development Agency Serge Senrich visited the University of Mosul on Tuesday, 26th July 2022. They were received by Prof Dr Qusay Kamal Al-Din Al-Ahmadi, President of the University of Mosul, and a number of officials from the presidency of university.

The delegation was also received by Prof Dr Basil Mohammednathir Saeed, the Dean of the College of Medicine (Chairman of the Board of management of the Medical Research Centre) as well as Dr Omar Hammoudat, representative of the Nineveh Health Department in this council. The talks between the Iraqi and French parties focused on the practical and final steps that pave the way for the signing of an agreement to reconstruct the medical research centres. Dr Senrich has expressed, the director of the French Development Agency, hopes to sign soon the final agreement to put the project into practice in the future.

On the occasion of the visit, the delegation opened a photography exhibition and a visual exhibition of the College of Fine Arts. The delegation also visited the French-Iraqi Cultural Institute in Mosul and looked on its activities and praised the distinguished role that it played during a short period of the date of its establishment in 2019 represented by the various cultural activities, French language courses and the DELF-DALF exams held under its auspices.