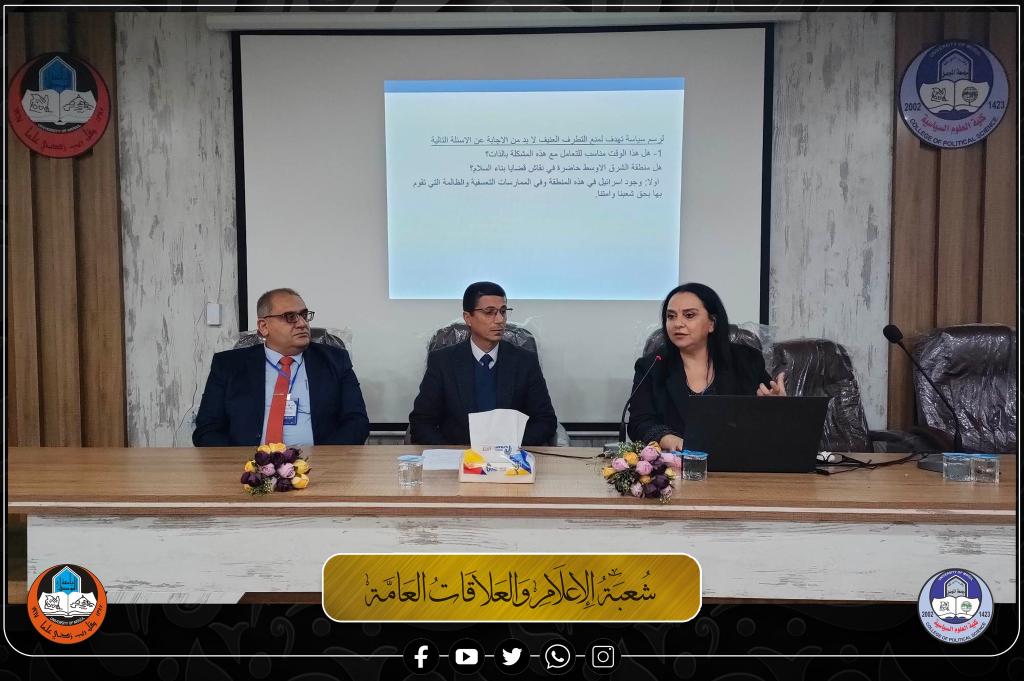 A scientific workshop in the College of Political Science

On the sidelines of the University of Mosul obtaining a UNESCO chair, the College of Political Science held a scientific workshop entitled "Public Policies for Peacebuilding and Their Impact on Preventing Extremism", presented by Prof. Dr. Laure Abi Khalil in the College's Discussion and Conference Hall on Tuesday, November 29, 2022.

During which, light was shed on the standards that are supposed to be adopted in order to address the gaps that prevent the inclusion of public policies aimed at preventing violent extremism, which require studying the social actor by academics, emphasizing the principle of transitional justice, and achieving the equation (knowledge + awareness = change).

This, in turn, contributes to specifically academic youth and the development of mechanisms for financing productive projects within universities to alleviate the unemployment crisis, activating the principle of integrity and transparency, the role of oversight bodies and achieving their independence. It was also emphasized during the workshop that the role and responsibility of educational institutions requires participation in achieving social balance and building a culture and a unifying national identity that distances itself from traditional values, ethnic identities and cultural legacies that promote extremism and rejection of the other. This, in turn, promotes civil values ​​and the establishment of a civil society aimed at achieving the common good, spreading knowledge and awareness, and creating institutional frameworks that work to protect citizens and provide public service to all without discrimination.