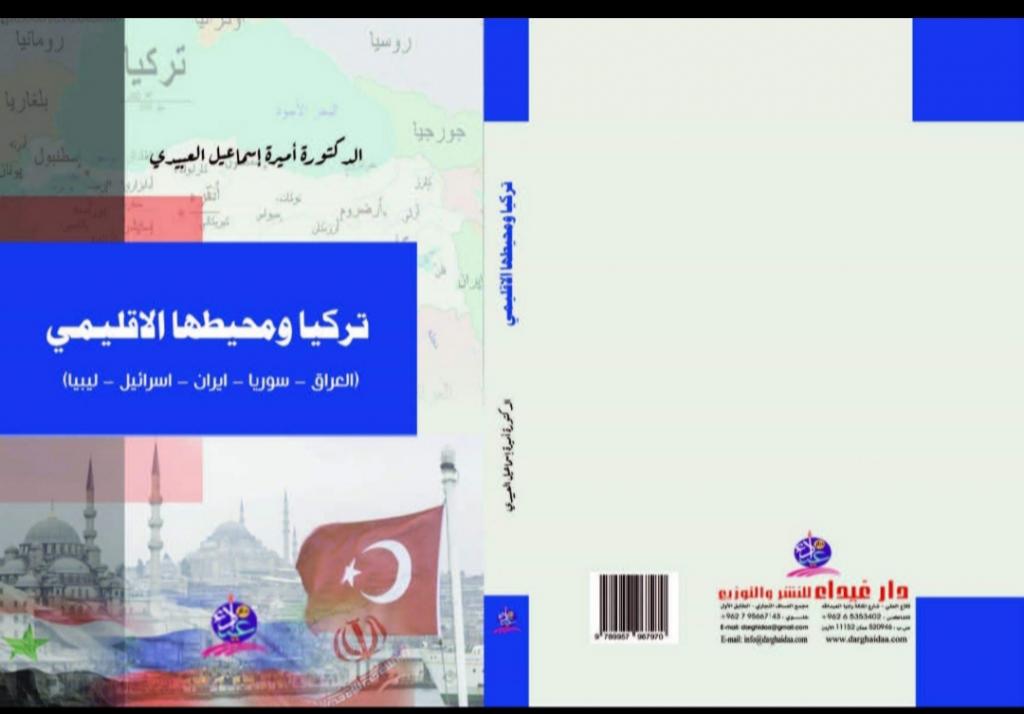 An Academic Publishes Another Book in Jordan

Dr. Amira Ismail Mohammad Al-Ubaidi, a researcher and lecturer at the Department of Economic and Social Studies at Regional Studies Center - Mosul University, has issued recently in (July 2020) another book titled "Turkey and it's Regional Surrounding", the book of medium size, includes (128) pages, it was released by Ghaida House for Publishing and Distribution - Amman / Jordan. Notably, the book was honored to be presented by the great historian, Prof. Dr. Ibrahim Al-Allaf. It aims to study Turkey and its regional surroundings, each of (Iraq - Syria - Iran - Israel - Libya).
It is added that the book consists of five chapters, respectively: Turkey and developments on the Iraqi scene until 2004, water policy problems between Syria and Turkey, Turkish-Iranian relations, Turkey and Israel: a study in political and economic relations (2009-2017), and finally, the Turkish attitude towards the Libyan revolution.
The author of the book, Al-Ubaidi, explained that there is one line of thought that organizes these chapters. As all of them help us understand the nature and developments of Turkey's external relations with its regional environment. The writer added that is what she tried to submit through the chapters of the book is that Turkey bases its regional relations on a historical legacy and political pillars, some of which date back to the days of the founder of the modern state of Turkey, Mustafa Kemal Ataturk. While some of them are due to the policies and positions of its current president, Recep Tayyip Erdogan. Naturally, there is a dispute or differences in attitudes toward the regional periphery of Turkey; this is owing to the difference in time, and the acceleration of events.