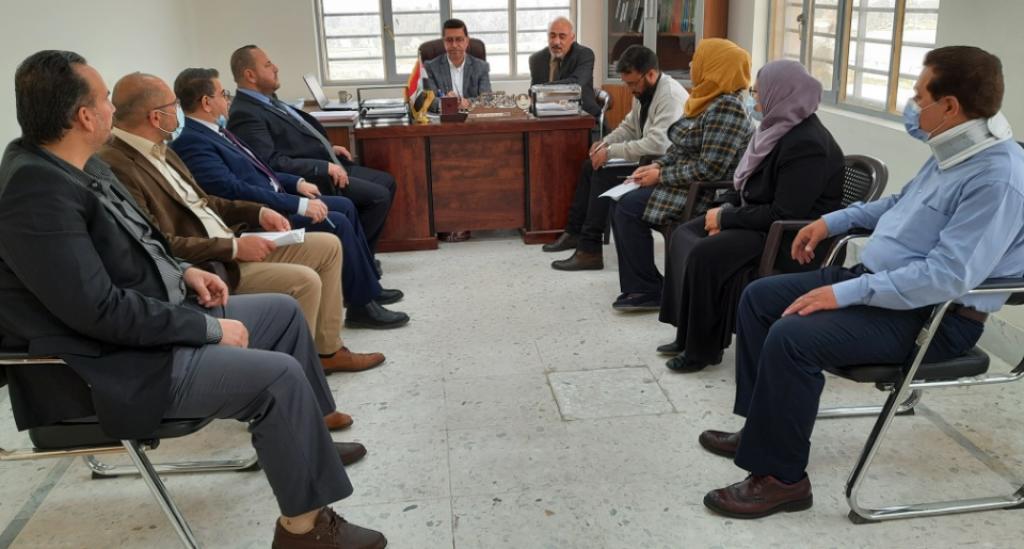 Regional Studies Center held a seminar entitled (The Iraqi-Iranian dispute over Shatt al-Arab waters and the Jordanian mediation in 1969) by Dr. Rayan Thanoun Al-Abbasi, in the presence of the Center's researchers, on Wednesday, March 31, 2021.

Al-Abbasi said that the research included clarifying the geographical location of the waters of Shatt al-Arab, the stages of the dispute over the waters of Shatt al-Arab, the Ottoman-Persian conflict during 1539-1913, the Iraqi-Iranian dispute 1921-1958 during the (Royal era), and the Iraqi-Iranian dispute 1958-1969 during the (Republican era), the most important Arab mediation proposed to resolve that dispute between Iraq and Iran, especially the role of the Hashemite Kingdom of Jordan in this regard, the reasons for Jordan's mediating between the two parties, and the content of the Jordanian mediation.

The researcher added that the research aims to explain the most important mediations undertaken by some Arab countries to resolve the dispute that raged between Iraq and Iran over Shatt al-Arab waters, and the effect of canceling the 1937 treaty on April 19, 1969, by Iran, including the Jordanian mediation and its most prominent proposals to solve that historical dispute between the two neighboring countries.