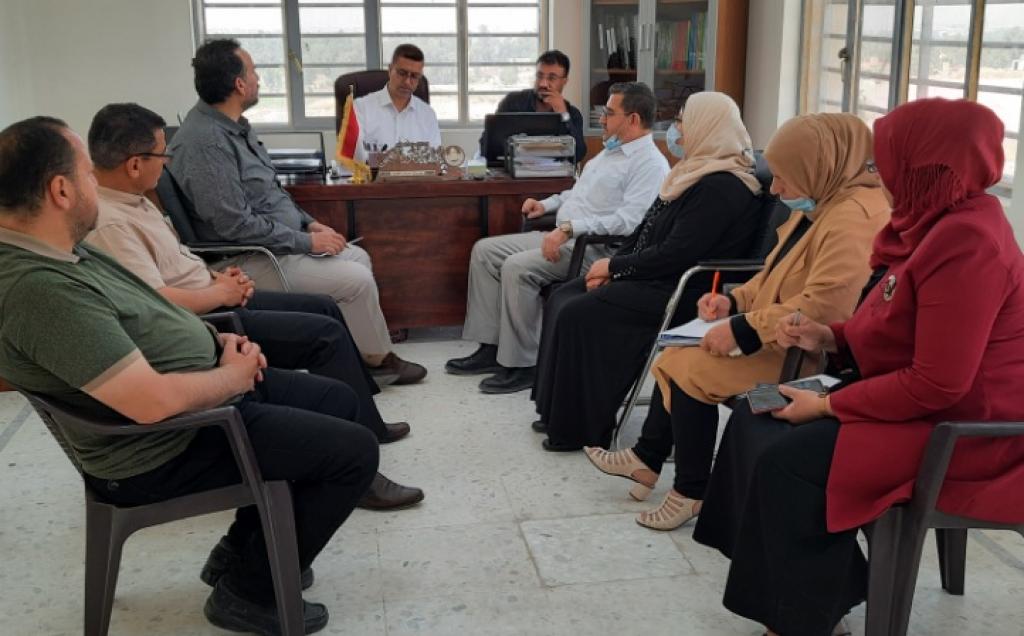 Regional Studies Center held a seminar entitled (Iraqi-Gulf relations after 2003) by Dr. Abdul-Razzaq Khalaf Mohammad Al-Taie, in the presence of the Center's researchers, on Wednesday, April 28, 2021.
Al-Taie said that the research aims to find out the nature of Iraq's relationship with the Arab Gulf states after 2003 and to discuss and analyze the factors affecting them.
The researcher added that after 2003 a new phase began in Iraq's foreign relations with its surrounding environment, including the Gulf Cooperation Council Countries, affected by the political and security changes and factors that surrounded Iraq after the occupation. Despite the Gulf states ’recognition of the political process in Iraq and the frequent visit of Iraqi partisan and official delegations to the Gulf Cooperation Council states, the relations of the Arab Gulf states were not interacting and diverging with the successive Iraqi governments.
The researcher emphasized that the research followed the descriptive documentary approach in writing without neglecting the analytical aspect, to cover the period 2003-2019 to include the most prominent events and developments related to Iraqi relations with the Arab Gulf states as much as possible. The research was divided into two main topics and a conclusion that included the most significant conclusions reached by the research, as it was found that the Iraqi-Gulf relations went through phases and turns over the past years that were affected by the external environment on the one hand and the circumstances that Iraq went through and the orientations of Iraqi governments on the other hand.