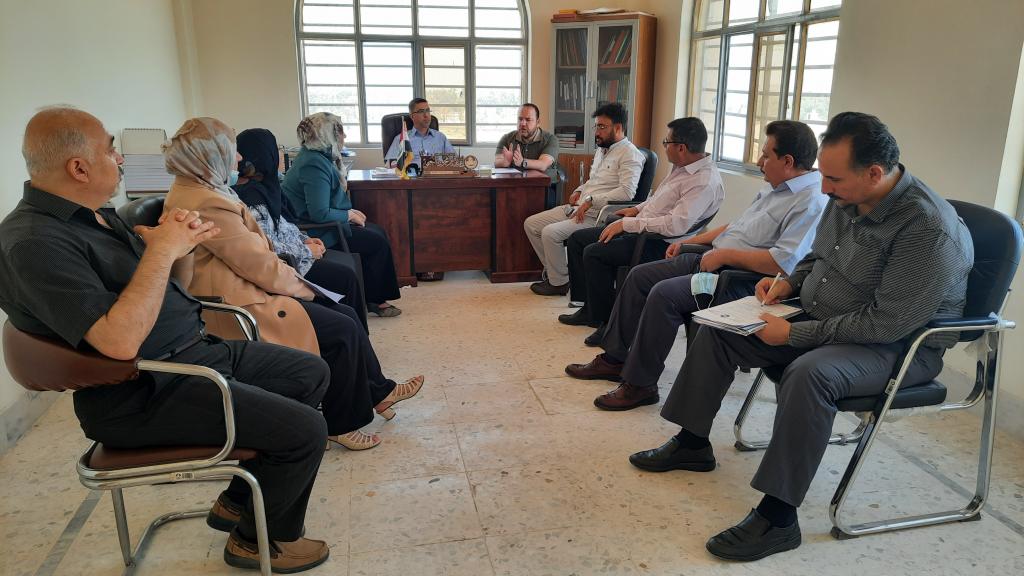 Regional Studies Center held a seminar by Dr. "Mohammad Abdul-Rahman Al-Obaidi" for the research entitled "Contemporary developments in Iranian society: a historical study" in the presence of the Center's researchers, on Wednesday, July 7, 2021.

Al-Obaidi said that the research aims to study and follow-up the most prominent developments and changes that Iranian society testified during the twentieth century until the present, in various economic, social, cultural, health, and other aspects, and to focus on the nature of these developments at each stage, whether in the monarchy or the republican era.

The researcher added that the importance of the research lies in an attempt to present a new study on the contemporary developments witnessed by Iranian society in the economic, cultural, health, and other aspects, as a new trial to be added to the studies and research related to the contemporary history of Iran.

The researcher concluded by saying that the research was divided into four topics, the first one included the geographical location and demographic structure of Iran, while the second topic dealt with the nature of Iranian society and its demographics. The third topic was devoted to the economic transformation and its impact on Iranian society, the fourth one dealt with the cultural development that Iran witnessed at the beginning of the twentieth century, and the fifth topic was concerned with the progress and development of the health and education sectors and the most prominent transformations that each of them testified in the contemporary history of Iran.