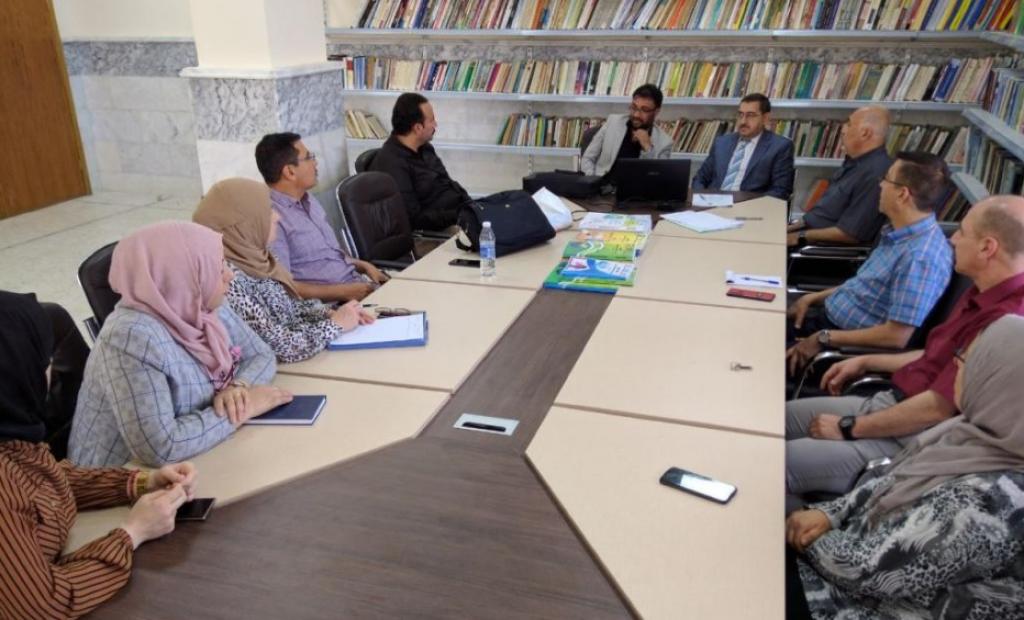 Regional Studies Center at the University of Mosul held a seminar by Dr. "Abdul-Razzaq Khalaf Al-Taie" for his research titled (rebuilding the state after the war, a study of the Iranian experience (1989-1997), in the presence of the Center's researchers on May 25, 2022.

Al -Taie said that the research aims to find out the way the Iranians followed in rebuilding their state after the end of the war with Iraq in 1988.

The "researcher" pointed out that the research pursued the descriptive documentary approach in writing without neglecting the analytical aspect. It included three major sections and a conclusion that had the most key results and recommendations reached by the research. The first section reviewed amending the Iranian constitution and rebuilding the institutions of the ruling state. While the second one involved rebuilding the military and security establishment and the Iranian armed forces (1989-1997). The third section touched on the five-year plans for economic reconstruction and their impact on Iranian society.