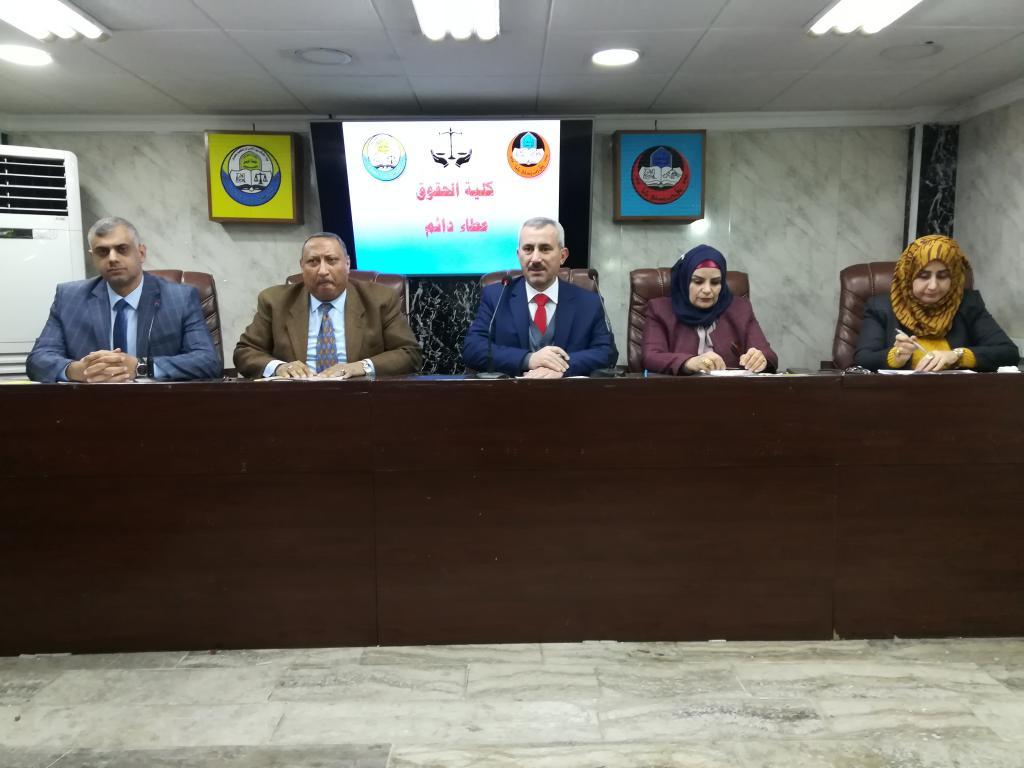 Workshop Of The Scientific Promotion Committee In The College Of Rights

Under the auspices of Pro .Dr. Qusay Kamal Al_ Din the president of the University of Mosul & under the supervision and attendance of Dr. Ammar Sadoun Hamid The dean of the college , Whereas the Scientific Promotion  committee held on 2019/12/23 a workshop  that was about focus on the instructions for scientific promotion No 167 for 2017 . this workshop demonstrated the approved mechanisms for scientific promotion purposes in addition to how  formed  on the schedules specified in the instructions also dealt with explaining the preparation of research required to upgrade to each scientific title in addition to a statement how to publish in the recognized & refereed journals and explain the diversity of publishing and an understandable statements . the concept of scientific activities required by a College of Rights member for the purposes of scientific promotion was clarified . In addition to clarifying the gradual process in presenting the promotion transaction . The series of scientific , cultural , students and community activities that was in the college evaluates . It aims to provide explanation & protective clarification of everything that that would contribute to obtaining scientific outputs working in the service of society , The workshop witnessed a remarkable presence by the cadre of college .In addition to a number of researchers and graduate students .