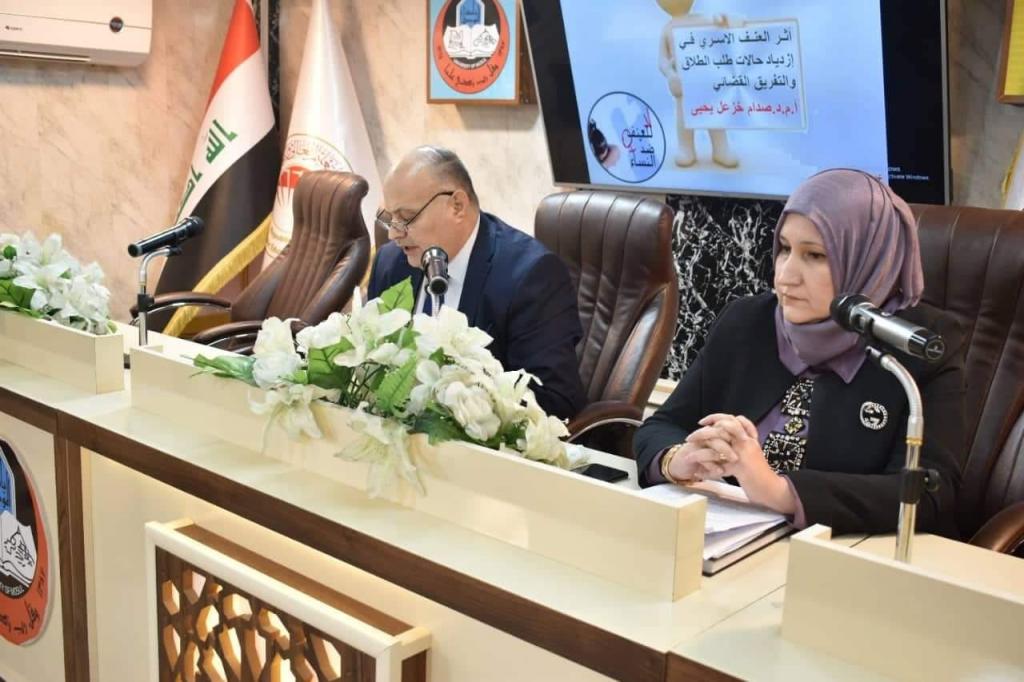 Under the patronage of Prof. Dr. Qusay Kamal Al-Din Al-Ahmadi, President of Mosul University and under the supervision of Assistant Professor Dr. Wissam Nemat Ibrahim Al-Saadi, Dean of the Faculty of Law at the University of Mosul, and in the presence of the members of the Faculty Council, the Women Empowerment Committee was established in our faculty in cooperation with the Women Empowerment Unit at the Presidency of the University of Mosul on Wednesday, April 20, 2022 The discussion panel tagged (violence against women in Iraq between legal texts and judicial applications), where the episode was based on two axes

The second axis: a critical analytical reading of the law against domestic violence in the Kurdistan region of Iraq, in which Dr. Shaima Abdul-Sattar Jabr presented a research paper in which she addressed the legal rules established in light of many international and national legislation, including the Universal Declaration of Human Rights and the International Covenant on Civil and Political Rights to confront a crime Domestic violence