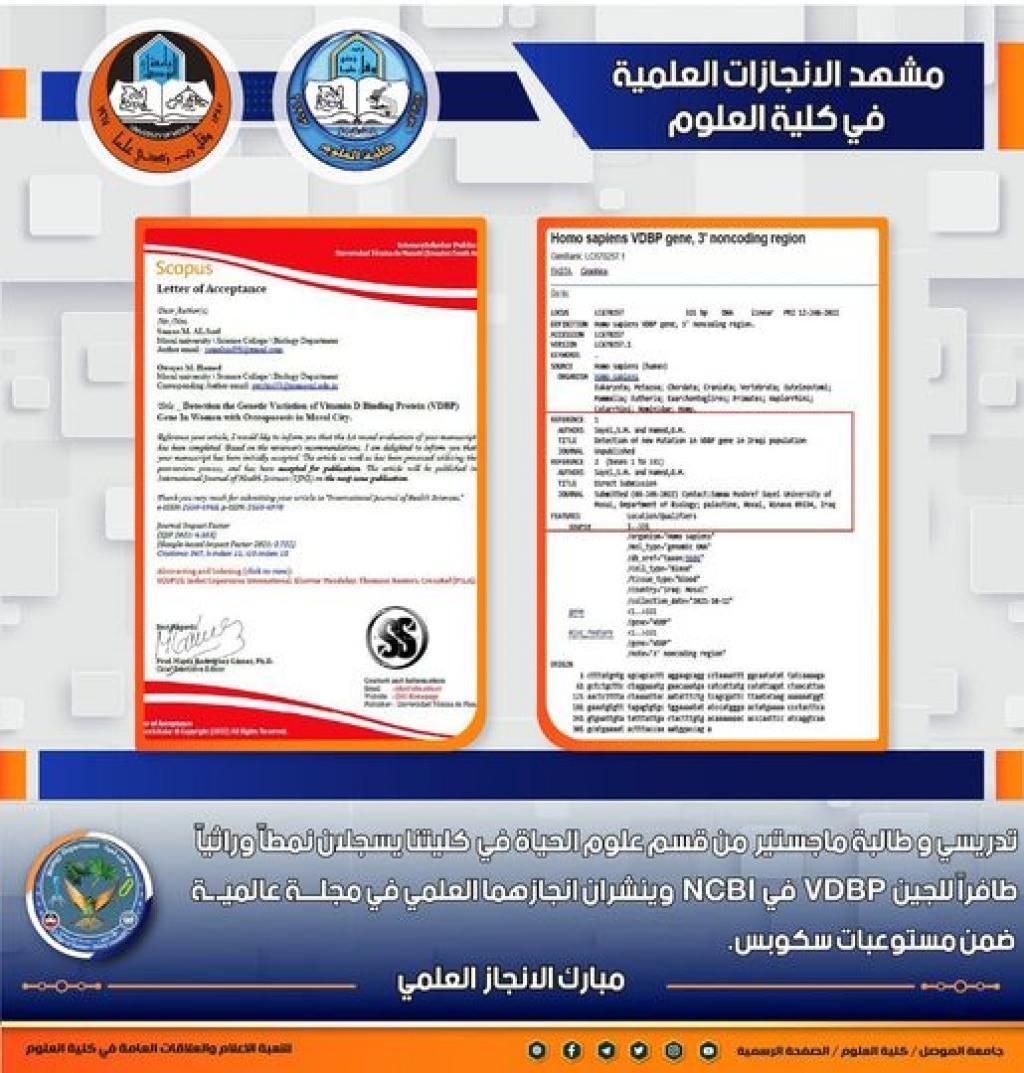 Registration of a new genotype in the National Genetic Information Center

Within the scientific achievements scene of the faculty of the Faculty of Science, Assistant Professor Dr. Owais Mowaffaq Hamed and Master’s student Samaa Mishref from the Department of Biology recorded the mutated genotype of the Vitamin D Binding Protein Gene in the National Center for Genetic Information NCBI in women with osteoporosis and VD deficiency. The gene responsible for encoding the VDBP protein that works to transfer VD from its synthesis centers to the target cells, and thus is considered one of the main genetic causes that lead to undiagnosed VD deficiency in women in the city of Mosul, as the research was published in the International Journal of Health Sciences Included in Scopus containers.

The family of the College of Sciences, represented by the Dean, Prof. Dr. Hiyam Adel Ibrahim, extends its sincere congratulations to the researchers on the occasion of this scientific achievement, which came to confirm the progress and importance of the scientific approach followed by the college through the research it accomplishes in the service of the scientific process, wishing everyone continued success and giving.